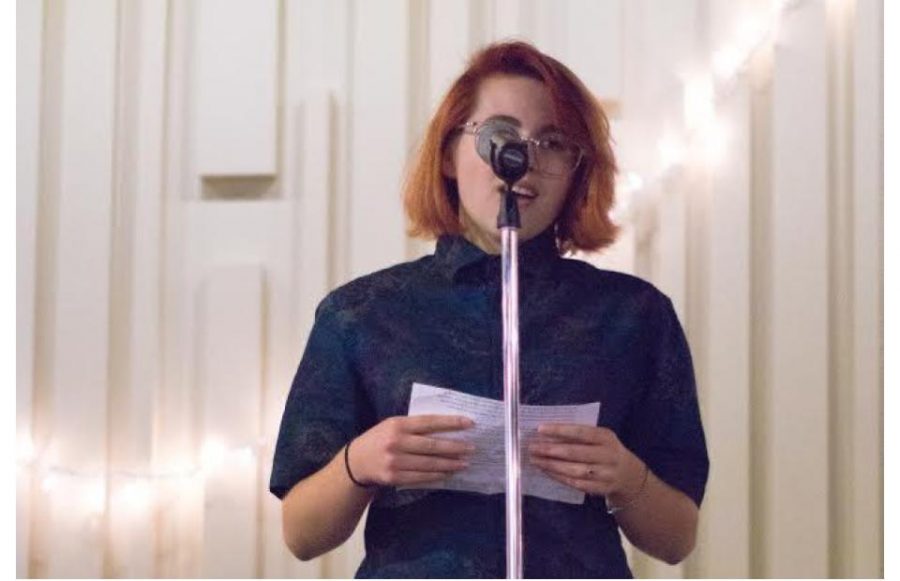 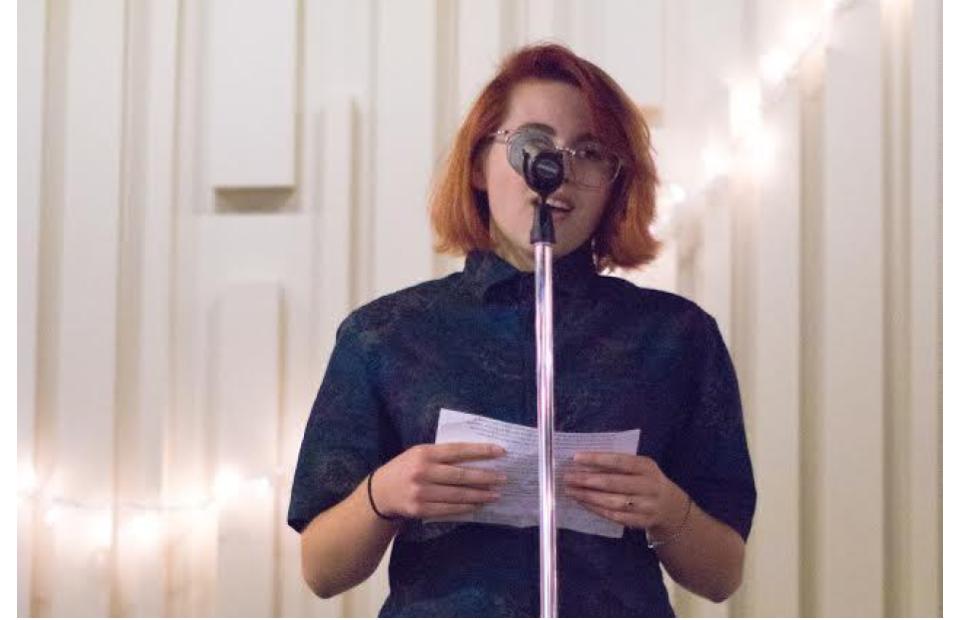 by Savanah Hippert
Active Minds normalized stigma at their first ever Stigma Slam that took place on October 17th. The Falcon Hub’s stage was illuminated by string lights, Indie and Alternative music hummed in the background as students, faculty, staff, friends and family all made their way to their seats after receiving a pin or even a cookie. The chatter of conversation came to a halt once performers shared forms of entertainment on content related to stigma put on feminism, trauma, mental health, and much more.
One student presenter, Cassidy Barrett Price while giving a preface to her original poem, described she wanted the structure of her poem to be “awkward, clunky and real.” While delivering her piece, the idea that anything wasn’t systematically placed or that the poem followed a rhythmic pattern didn’t cross the audience’s mind; rather the audience was captivated by Cassidy’s voice, her story. Like Cassidy, all other presenters brought pieces courageously to the stage and gave intensely powerful performances. Officer Jacob Deschamps, dressed not in uniform but in a grey suit, shared a poem written by the Chief of University Police. The poem illustrated the good and the ugly officers endure while on the job.
“In the spring time we had just this idea to do a stigma slam, or poetry slam really. We kind of drifted towards the theme of stigma because it doesn’t just affect mental health – which is what our club is about – it also affects everyone’s day to day lives whether it’s sexuality or identity, whether that’s gender or anything,” said Amber Haney, President of Active Minds. GSA and other services were invited to the event; it was a collaborative effort. Being one of Active Minds’ biggest events in only about 2 years of being a student maintained club, the large crowd made for an incredible turnout. “Having this many people here at once is really – I think – a HUGE impact especially for those here and who aren’t really speaking and really gaining something from this: education and perspective is really important,” she added.
Although topics were weighted, the goal of the night was to expose and inform the audience that these topics are valid and effect all kinds of people. They may be hard to talk about, but the Stigma Slam was a very unifying event; no one ever is alone.