Save The Climate With 350 Central Mass. Group 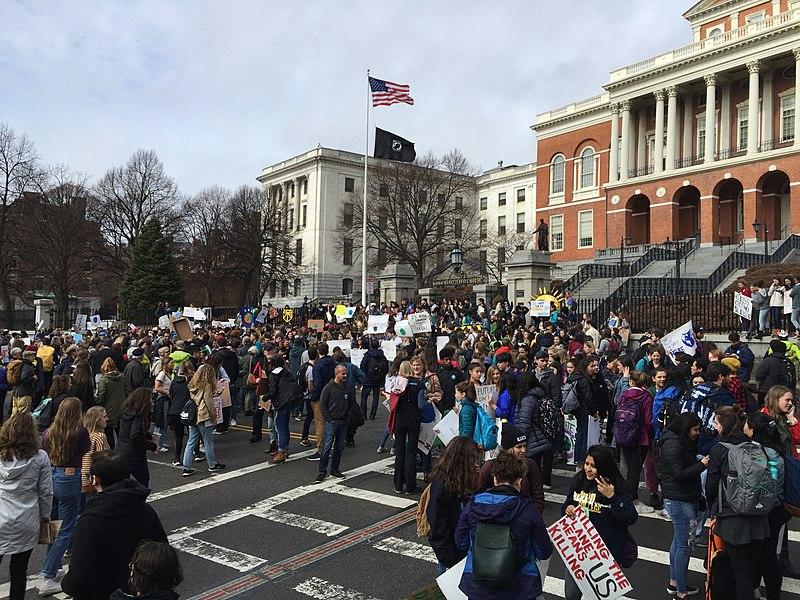 By Alexa Nogueira
From September 20 to September 27, climate change activists from all over the world rallied for
the Global Climate Strike: a universal call to action demanding that the world’s political leaders
stand up and enact laws to reduce carbon emissions to net-zero by 2030. While activists like
Greta Thunberg, Autumn Peltier, and Irsa Hirsi are at the forefront of strikes and dialogues
surrounding climate change, central Massachusetts has some activists of its own.
350 Central Mass, an affiliate of 350.org, is a “volunteer-led, grassroots organization” on a
mission to fight climate change. The group, which consists of 500 people, and about 15 core
volunteers, work together to decide on campaigns, actions, and policies focused on combating
climate change. They are also apart of the coalition in Worcester which created Climate Strike
Week.
The organization has “been a part of the steering team for several rallies,” and organized events
including a bike ride on August 30, a Die-In and Funeral at Worcester city hall, and two marches
and rallies. On July 8, they met with Representative Jim McGovern and got him to sign the No
Fossil Fuel Pledge.
“Right now our main focus is to raise awareness and increase participation through the climate
week activities,” said 350 Central Mass coordinator Erica Saunders. “We want and hope that
people will get excited to work on climate change issues.”
Students at Fitchburg State who are interested in getting involved have plenty of avenues
available to them. According to Saunders: “Students can organize teach ins and invite
community members. Fitchburg State students can create a divestment campaign with faculty
and staff! Show up at rallies and events! Share information on social media. Talk to friends.
Have potlucks and invite someone to come and discuss a topic like climate change,
environmental justice, livable wage, social justice, etc, etc.”
Perhaps the most important thing students can do, however, is register to vote. “It is really
important that we all show up, not just for the big elections but for the little ones too. It matters
who is on your town and city council, who your mayor is, who is on your school committee/
board! If there is an election…go, be heard!” said Saunders.
350 Central Mass meets every first and third Wednesday of the month at Worcester State
University in the Ghosh Science and Technology Building Room 402B.