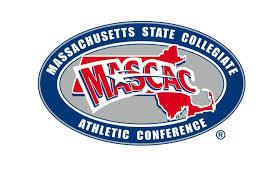 Zachary Connell—
On Monday, March 23, the Massachusetts State Collegiate Athletic Conference announced the 2020 Winter Sportsmanship teams. There were a total of 29 athletes that were named, and five of them were Fitchburg State athletes.
The following five athletes were recognized from Fitchburg State for good sportsmanship: Anthony Diaz, men’s basketball, Payton Holmes, women’s basketball, Dean Zerby, men’s ice hockey, Nick Sachetta, men’s indoor track, and Megan Socha, women’s indoor track.
“I think the best part about being recognized for the winter sportsmanship team is probably able to be a role model for my teammates! I think as an upperclassman, it is important to show sportsmanship all the time and to be the best leader I can in hopes that they will follow in my footsteps,” said Payton Holmes, who just finished her junior season as a Falcon.
Homes played in 26 games this season, collecting 178 points and averaging 22.8 minutes per game. She is also a member of the MASCAC All-Academic Team.
The MASCAC wanted to recognize one student-athlete from each team. It did not matter what the athlete’s stats were throughout the season, MASCAC wished to know the student-athlete who values the MASCAC and its Sportsmanship Statement.
“It was an honor for me to receive this recognition. It was a hard-fought season that did not have to end the way we wanted. I’m glad that I was able to be one of the few athletes chosen for this honor,” said Anthony Diaz, who also wrapped up his junior season as a Falcon. Diaz started seven games for the Falcons this past season while playing a total of 20 games. It was Diaz’s first year as a Fitchburg State Falcon. His previous college was Keiser University in Fort Lauderdale, Florida.
“It felt great being recognized. As a captain, I’m always trying to support my team to the best of my abilities and be there for them whenever they need me. It’s nice to know that everything I do for my team does not go unnoticed,” said Megan Socha, who will be a senior for the 2021 season when the indoor track begins.
Four out of the five athletes that were recognized will have the opportunity to return to their teams next year and continue to lead by example.
“It is always great to be recognized.  Now that my hockey career has come to a close, the award shows that I had a positive effect on the game and at the end of the day that’s all I could’ve ever asked for. That and it brings recognition to our fantastic hockey program here at Fitchburg State.  Both of which make me very happy and appreciative,” said the only senior of the five athletes, Dean Zerby.