The Current State of Tabletop Gaming 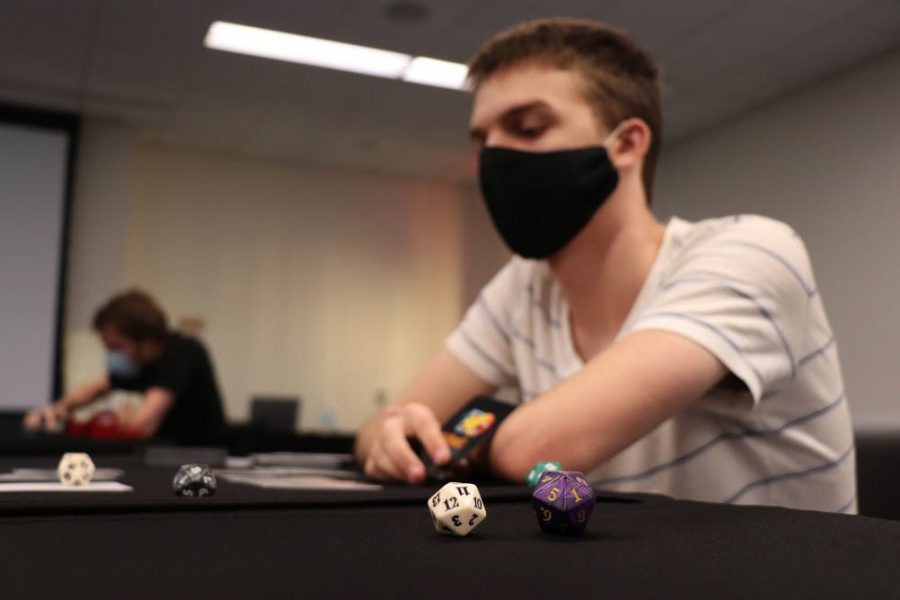 Photo courtesy of Chasity Maynard for The Independent Florida Alligator.

COVID-19 has put a damper on the plans of most would-be RPG explorers and strategists, but just because you can’t summon your party to your side or your opponents to the battlefield doesn’t mean that the campaigns have to end. Rather than allowing the forces of darkness to overtake their campaigns and forcing players to abandon their hard-earned experience and loot, tabletop gamers have started finding alternative ways to enjoy their hobby.

Roll20.net has attracted over 2 million users worldwide since February 2020 and new players log in every day. “It’s free to use, browser based, and features a full suite of tools to quickly build characters, roll dice and run any campaign,” says Dungeons and Dragons’ official website, DnD.Wizards.com. Socially distanced campaigns can include adventurers from any corner of the globe with an internet connection. “I’ve never been late to a game with Roll20, so there’s that. I really like the interface and it’s cool to be able to play with my friends who’ve had to move away. In this case it’s cool because it’s like getting a band back together, like some kind of Fellowship of Blues Brothers,” says Jason Maes, digital Dungeon Master for over 15 campaigns on Roll20 since March of last year.

The Tabletop Simulator is a creators’ tool found on Steam that allows users to turn RPG campaigns as well as strategy game battlefields into digital battlegrounds. For fans of tabletop wargaming, such as Warhammer or Mechwarrior, TTS lets you create your own board games as well as install user-created mods to import rules and loadouts from your favorite games. This can allow players to not only play against their friends online, but also provides a bot player if you’d like to hone your skills or simply practice new strategies where your opponents can’t see them.

Players that prefer to play in intimate settings with their own, customized figures and board pieces could also use this time to refine their own alternate egos’ traits, backstory or even goals. Or perhaps your party uses tiny plastic avatars to represent their personas across the tabletop. Quarantine offers an aspiring painter plenty of time to practice and refine their painter’s hands so that they can properly craft their parties’ individual characters. Free tutorials on YouTube can show anyone, from beginners on a tight budget, to more creative modelers with access to 3d printing, how to build their own characters’ figure and bring them to life on the tabletop.

Whether you’re a veteran player, aching to get back into the fray of battle or you’re a curious newcomer looking to dip your toe into new worlds to explore and conquer, the tabletop roleplaying and strategy hobby is thriving like never before.

“Opening up for groups isn’t even on the table right now, unfortunately,” says Sorana Gatej, marketing manager for That’s Entertainment in Worcester, New England’s largest Magic the Gathering, Dungeons and Dragons, and Warhammer 40,000 retailer.  “We’re still focusing on our social distancing policies and keeping our customers safe- we don’t really have the option for hosting right now.”  Before the pandemic, tournaments and public games were hosted at That’s Entertainment in both Worcester and Fitchburg bi-monthly, but since COVID sweeped the world, they’ve had to shutter their public gaming spaces.  “That doesn’t mean gamers aren’t going to be intuitive though,” she adds.