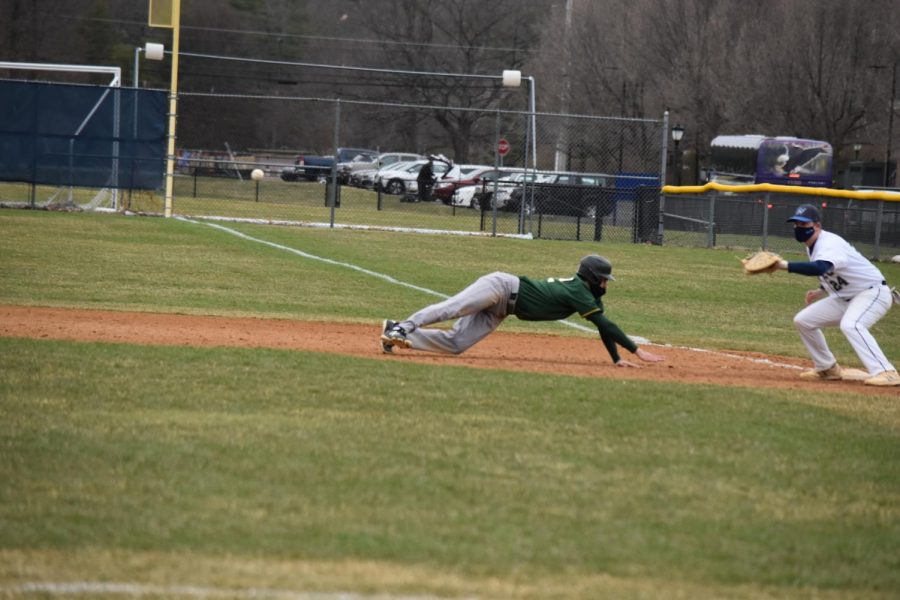 The Fitchburg State Baseball team headed to Westfield State on Friday to play a doubleheader against the preseason #1 ranked Owls. Unfortunately, the Owls were too much for the Falcons, as they took both games in the series. The Falcons were able to draw close in both games, however the power of Westfield State proved too much.

In the first game, the Falcons were able to put 10 runs on the board, led by Zachary May and Cam Donahue. Brad Keefe, Nicholas Cordeau, and Matthew Pingatore all contributed RBIs throughout the game as well. Matthew Ambrosino went four and third innings for the Falcons, giving up four earned runs with two strikeouts. Aidan Ward was marked with the loss for Fitchburg State. Joseph Fischer picked up the win for the Owls in a hard fought game between the teams.

The second game was more of a pitcher’s duel, ending in a 4-3 win for the Westfield State Owls. Fitchburg held the lead through the first three innings before the Owls clawed their way back for a win. Zachary May and Nicholas Cordeau led the way offensively in a somewhat quiet game for Fitchurg. Taryn Laramie faced the most batters for the falcons, eventually picking up the loss in a hard fought game. Laramie finished the game with a strong six strikeouts. Patrick Jordan picked up the win for the Owls, as Trevor Edwards was credited with the save.

The Falcons played another double header against Westfield on Saturday, where they again dropped both games. The Owls won those games 7-4, and 20-4. The Saturday games were less of a blow for Fitchburg, as only the first two games against a team count towards conference play. The Falcons will have a chance to bounce back this Friday and Sunday against Salem State.