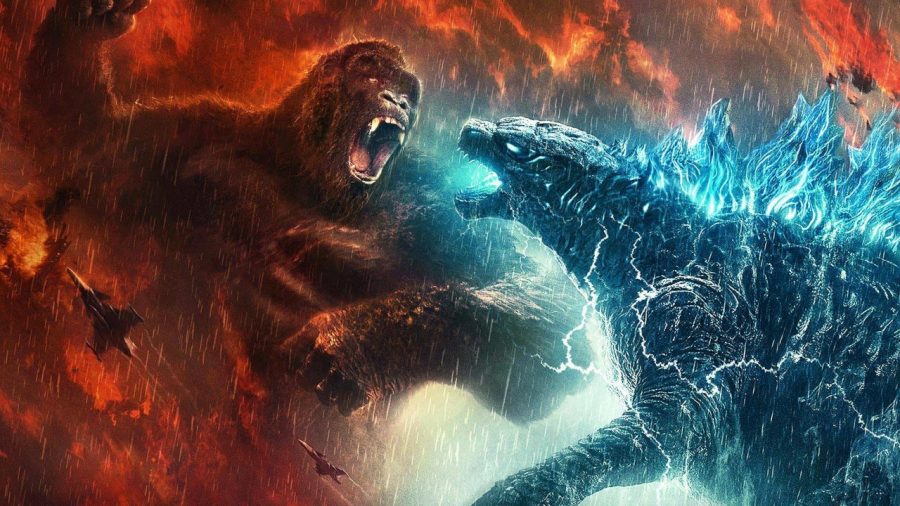 Beginning with title cards reminiscent of a pro fighters’ lineup, the film starts with the tense feeling that this will be the throwdown of the century. What follows is a kick in the teeth to  Ishirō Honda’s legacy, the 1954 film Gojira (Godzilla).

One could easily assume that Godzilla vs. Kong pits the two titular titans against each other in a brutal, no-holds-barred battle to the death to determine who deserves the mantle of King of the Monsters once and for all. Director Adam Wingard not only never gets around to truly answering the question of who wins the title, he also seems to disregard the very scale of the creatures involved. Neither of the supposedly gigantic monsters truly feel very gigantic. In fact, their size consistency is lacking throughout the entire film. Godzilla will use his sheer size to dwarf massive naval vessels, but moments later will climb aboard to duke it out with a titan of similar proportions. Kong gently touches fingers with a small child a’la ET: The Extra Terrestrial, then later throttles his gargantuan reptilian contender with his bare hands.

Wingard similarly fails to understand the basic size of the Earth itself as well, with the plot taking an unlikely team of intrepid explorers through a plot-convenient portal miles beneath Antarctica, into a vast “Hollow-Earth”, following Kong on a short frolic to the area under Hong Kong, who then makes eye contact with Godzilla when the latter antagonistically blows a hole through the Earth’s crust from the surface, to Kong’s exact location. Furthermore, the plot armor that covers the main characters from head to toe is so thick that not even a weapon capable of leveling buildings in one felled swoop will more than singe Kong’s fur. The epic battle between goliath beasts is a far cry from any encounter Godzilla has faced before. For both humans and monsters alike, the characters in the film are never in any actual peril because their salvation will come with little explanation besides being what they needed at the moment.

The human characters in this colossal slop-fest fare no better than the CG ones. The B-list cast includes “that guy from True Blood” (Alexander Skarsgård), “the girl from Stranger Things” (Millie Bobby Brown) and “the tasteless fat joke kid from Deadpool 2” (Julian Dennison)  along with dozens of others you may recall from small parts, but simply cannot recall their names. Brown’s Madison Russell is a Mary Sue to the nth degree, fearlessly and omnisciently knowing the way through every problem that she and her flighty friend Josh (Dennison) are faced with. The corporate entity that serves as an antagonist for the first half of the film operates outside of the realms of possibility, and seems to dump their entire budget into necromantic science fiction, purple lights and not an ounce of security, as Brown’s character leads the way through their headquarters facility, all the way to the climax-building mega-secret weapon.

Giant kaiju monsters aside, if one could harness the power of the suspension of disbelief, this movie would usher mankind into the 3rd Millennium. As a lifelong Godzila fan, I was thrilled to see that Godzilla would return to the silver screen in 2014. I’ve been subsequently let down by each installment of the Legendary Pictures’ so-called Monsterverse.  Godzilla vs. Kong was no exception.