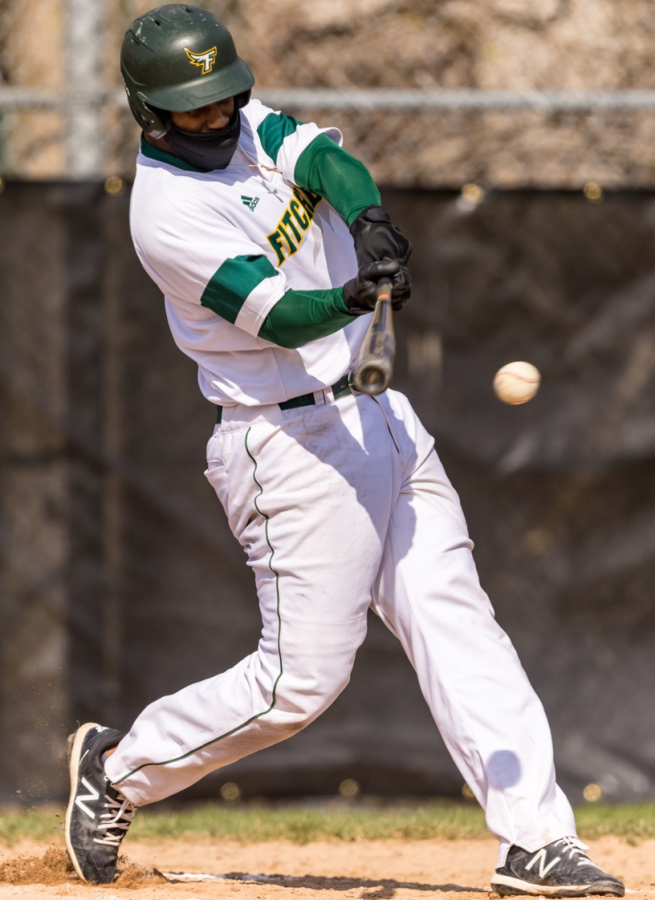 The Fitchburg State Baseball team wrapped up their regular season by splitting a doubleheader against the Bridgewater State Bears on Saturday, May 8, one day after clinching a trip to the MASCAC championship.  The Falcons ended their season with a 7-3 record in their division, sending them to their second championship in three years.

In the first game on Saturday, the Falcons rode a strong pitching performance to a 3-1 victory.  Aidan Ward threw five innings in a winning decision for Fitchburg, striking out seven while allowing only one run.  Brad Keefe picked up the save, throwing two shutout innings in relief.  Benjamin Zoebisch and Jamie Vellez drove in the runs for the Falcons, both tallying two hits from the bottom two slots in the batting order.  Zoebisch tied the game in the fourth with an RBI single to center, before Vellez doubled down the line in right, driving in what would prove to be the winning run.  The Bears struggled to figure out Ward, scattering only three hits throughout seven innings.  Matt Josselyn was tagged with the loss for Bridgewater, allowing eight hits and three runs through six innings pitched.

The second game of the evening went the way of the Bears, as Fitchburg fell 5-3.  The Falcons were able to attack early, jumping out to a 2-1 lead in the first behind RBIs from Matthew Pingitore, and Johan Asencio.  They were able to extend the lead in the fifth, as Brendan Ferrell drove in a run with a single to left.  The Falcons proceeded to fall apart in the sixth inning, allowing the Bears to tack on four runs, taking the lead, 5-3.  This would prove to be all that they would need, as Fitchburg was unable to answer in the bottom halves of the sixth and seventh innings.  Ethan Grade was able to earn the win in relief for Bridgewater, throwing an inning and two thirds of shutout baseball.  Alec Hanney picked up the loss for the Falcons, allowing 4 earned runs in only an inning and a third of work.  Brendan Ferell and Zachary May led the way for Fitchburg offensively, each tallying two hits.  Colin Josselyn went three for four for the Bears.

The Falcons will host Salem State this weekend, as the two teams duel it out for the MASCAC championship.  The teams will play a three game series, two games being played on Friday, with the decider being played on Sunday. The winner will earn an automatic advance to the 2021 Division III Championship.