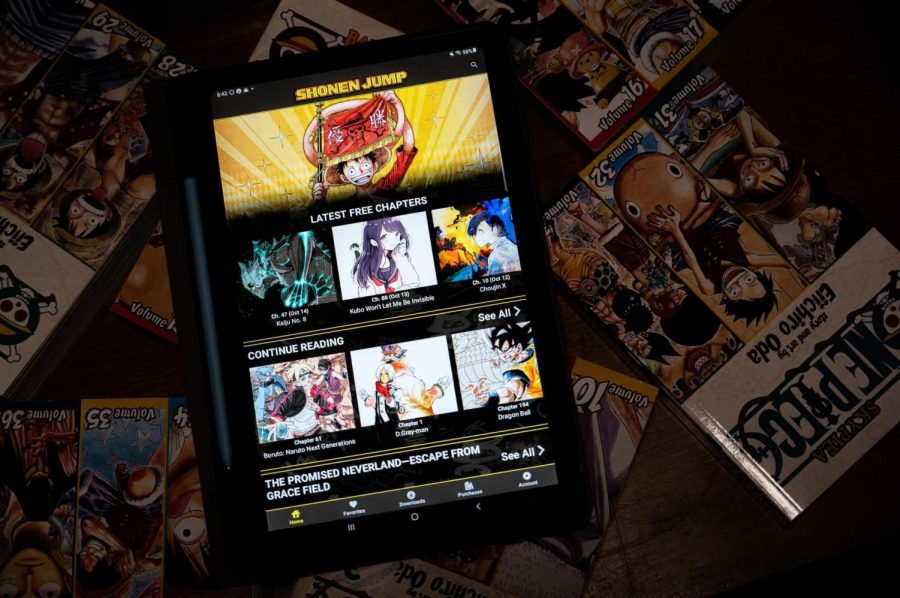 Over the last decade, anime has skyrocketed in popularity alongside streaming services due to an ease of international access. Anime movies have performed astonishingly well at the box office and Netflix has doubled down and invested millions of dollars in securing original anime series. The next time you venture to a mall, you may notice merchandise from popular anime series brandishing the windows of both entertainment and clothing shops alike. While anime is currently in the pop culture spotlight, some people may not know that anime is adapted from a style of Japanese comic known as Manga.

Manga is typically illustrated in black and white and is read from right to left as opposed to the standard left to right found in the US. While Marvel is a major publisher of comic series like “Spider-Man” and “Thor”, Shonen Jump is a publisher known for many major Manga series such as “Naruto”, “Dragon Ball Z”, “Demon Slayer”, “One Piece” and many others. Odds are that Shonen Jump has the rights to many popular anime and manga series you have heard of.

In the past, manga has been quite pricey for fans wanting to read an entire series. Shonen Jump manga typically costs around $9.99 per volume, with some series like “One Piece” and “Naruto” exceeding 70 volumes in circulation. The bottom line is that if you wanted to catch up on a long running series, it would come at a high price. “One Piece” currently has 100 volumes and is ongoing, so catching up on the series would cost you somewhere in the ballpark of $1000.

Fortunately, for those who are interested in reading manga, Shonen Jump now offers a subscription service that features an incredible selection at an unbeatable value. For only $1.99 a month, the Shonen Jump subscription offers the publisher’s entire back catalogue of chapters, plus weekly translated chapters of ongoing series straight after releasing in Japan. While “One Piece” would have cost $1000 to read in the past, it now only takes $1.99 a month, a tablet or computer, and an unbelievably long amount of time.

While reading on a tablet, the Shonen Jump app gives users the option to download up to 100 chapters at a time to the device, and mark series as favorites. The app is very simple in design, but everything works as expected. The images load at a high, crisp resolution whether being displayed online or downloaded. For most computers and tablets, the images will display at larger sizes than they would have if read in their original print form, which makes it easier to follow and admire the detailed and breathtaking artwork that can be found in some series.

There are over 50 series offered in their entirety through the Shonen Jump subscription, so the value is unparalleled. One drawback of the Shonen Jump subscription is that most of the series offered are in the “shonen” genre, which means they are very action heavy and aimed at a young male audience. However, “shonen” series are typically the most popular and recognizable to the average person and can be enjoyable for a broad spectrum of people.

I would recommend the Shonen Jump app to someone who wants to experience anime in its original form. For a low monthly cost, the amount of quality content offered makes the subscription worth it for anyone interested who owns a tablet or computer. With the Shonen Jump subscription, manga has finally reduced the high cost barrier blocking its deserved popularity.