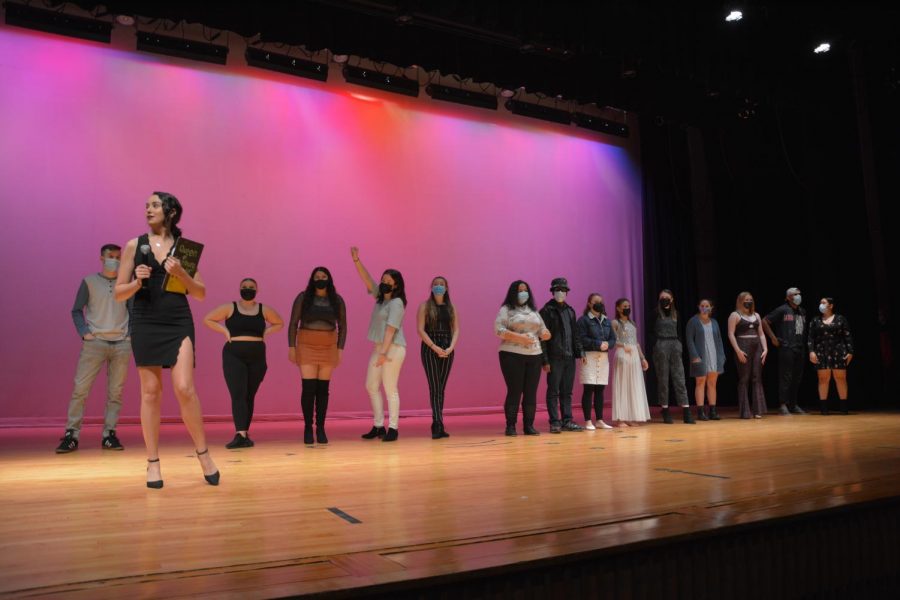 Nov. 17 marked a first for Fitchburg State University as the Dance Club, Greek Life Consular, and FAB Club hosted “Fitchburg’s Got Talent”. The event was held in the Weston Auditorium at 7p.m. and the seats were filled with the friends and family of the night’s talents, who gave each performance a warm welcome. To start off the night, the Dance Club performed a dance number, which set the feel of the show. The talented performers showed off their moves while the audience enjoyed the tip of the iceberg of what the evening was going to bring. The show ranged from students doing covers of their favorite songs, such as student Lauren Walker singing “Somewhere Over the Rainbow”, which earned her second place in the performance. Others performed their own dance numbers, such as student Kayla Mathews, which earned her 3rd Place in the ceremony.

But outside of all the wins, only one student took home first place, and that was Ryan Gallagher performing an original rap song which had a very positive reaction from the crowd. Gallagher wrote, sound mixed, and performed this song and the crowd ate it up when watching it. Speaking with Gallagher, when asked what his thoughts were on winning, he excitedly said “I’m proud of myself and the other performers, I wasn’t expecting to win.” When asked about his chances of winning, Gallagher had an honest response. “I practiced the lyrics and I worked hard on the performance, and to be honest, I thought the other performers were going to win.” Gallagher had some kind words to share when speaking about the other performers, “They did an amazing job. Just because you lost tonight, doesn’t mean you should stop.”

When speaking with Kristen Laquidara, a member of the FSU Dance Club and one of the individuals who brought this event together, she stated, “We wanted to showcase some students’ talents and wanted to provide an event that can give the opportunity to show off what they have. We wanted to make a show that is inclusive for everyone and we had the opportunity to collaborate with other clubs.”  When speaking with her before the event, Laquidara revealed more information. She explained that “This would be the first time we host a talent show. I suggested the idea of a talent show and everyone liked it.”

The night was a fun time for the students and family members in attendance along with the performers. Fitchburg’s Got Talent provided students with a new and fresh event that entertained the crowd with a night filled with talented performances.