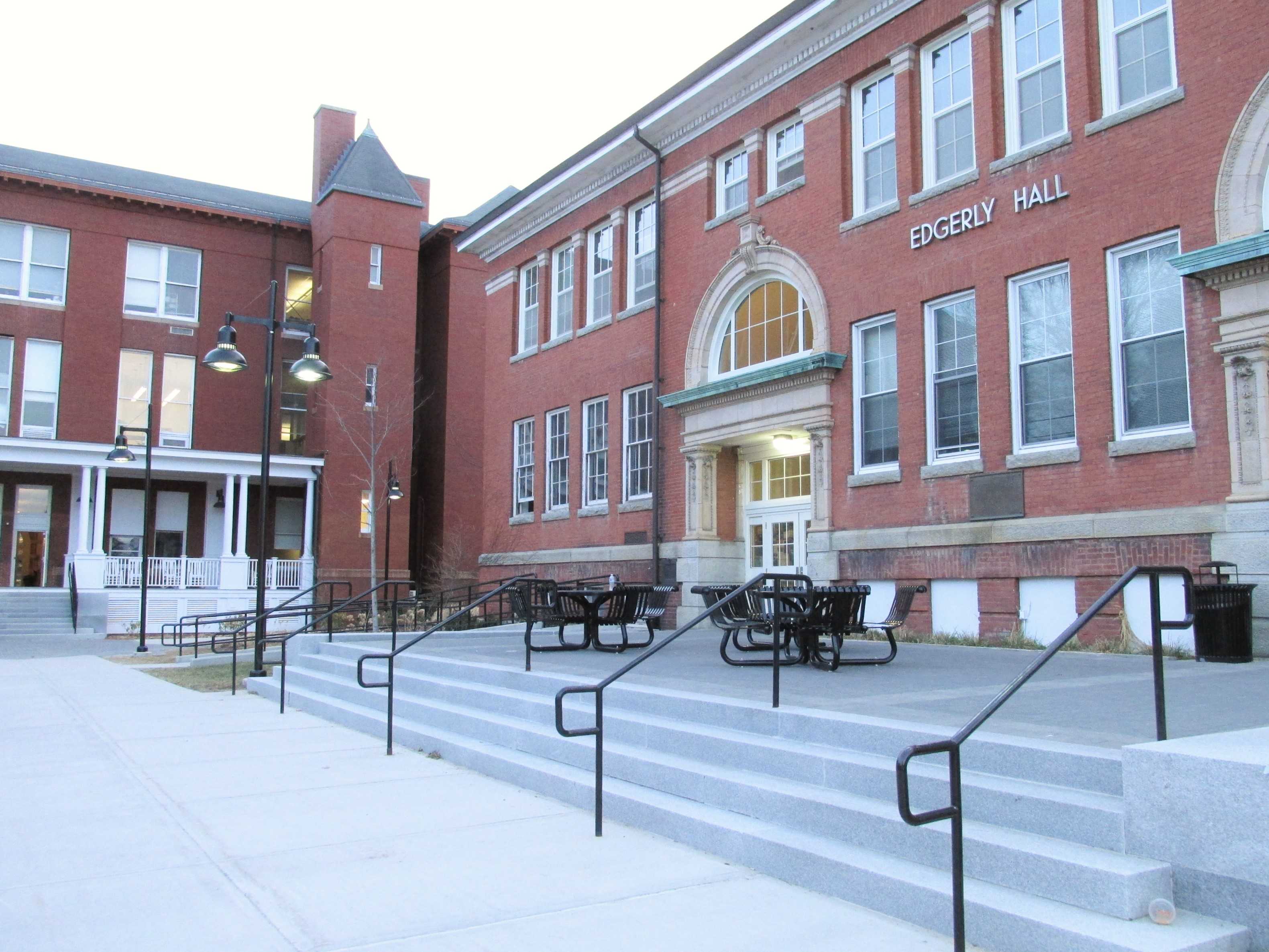 “Grow old along with me; the best is yet to be,” a line from a poem by Robert Browning, and the opening words on a seal from Fitchburg State just over a century ago.

Skimming through the digital archives of the library, I encountered the Saxifrage of 1930, which is easier to identify as an old yearbook. It is called the saxifrage after the wild flower that grows in the cracks of stone. It was alluring to scroll back eighty years without even leaving the library.

In 1893, Joseph G. Edgerly, then superintendent of schools, proposed the idea to establish a State Normal School in Fitchburg. A State Normal School was an institution that would provide a proper education to high school graduates who were pursuing a career in teaching. The objective of the school was to teach the history and philosophy of teaching, using child studies and general psychology. Additionally, the aim was to practice the devices, methods and approaches to the theoretical study of education.

The board of education agreed that improved accommodations would be necessary for shaping the future of Fitchburg’s schooling. The petition was strongly supported by city government, local legislators, and Joel D. Miller, senator of the district.

The board decided to launch new normal schools in Fitchburg, Lowell, North Adams, and Hyannis. The first school to be organized was the Fitchburg school on July 1, 1895. Initially, for the first year and a half of the school’s creation it operated out of an old high school building.

The first reported roster of the school showed forty-six women under the direction of three teachers and a principal. This first principal was none other than John G. Thompson, who held the position until 1920. In 1927 another familiar name took office, President Charles M. Herlihy.

As of 1930, 3,251 men and women had graduated from Fitchburg and readied themselves for the generations to follow. It’s interesting to see that thirty-five years of graduates is just under half of the number of enrollments alone in 2013.

Fitchburg State may not plant trees with each year of graduates, or revel in a rousing chorus of the class song, but the spirit of the school grows right along with the campus and the plants.

“May we forge onward too, nor ardor cool,
Until the victory we seek is won.
And, like the Saxifrage,
Bursting the rock
Know that our task is done.”
– The Tercentenary Saxifrage

One thought on “The Forefathers of Fitchburg State University”