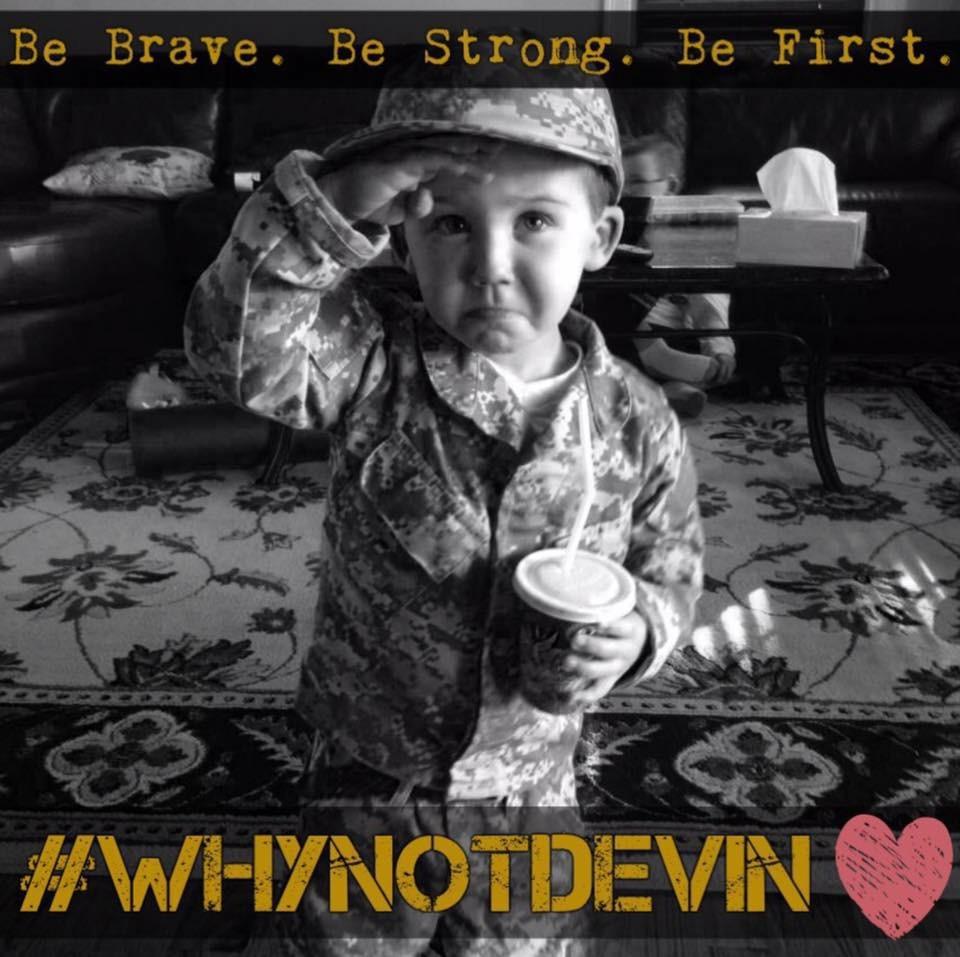 Devin Suau may only be six-years-old but he already has more support than most his age with Tom Brady, the Boston Red Sox, and even Kim Kardashian reaching out. Part of his support now includes a local U.S. Army Reserve Unit, EUCOM ARE, out of Fort Devens, who sent out positive vibes and support Saturday night with a unit photograph proudly holding #WhyNotDevin signs.

This young fighter was diagnosed with a rare and incurable disease known as Diffuse Intrinsic Pontine Glioma or (DIPG) after a snowboard accident. According to Boston Children’s Hospital, DIPG “account(s) for 10 percent of all childhood central nervous system tumors. Approximately 300 children in the U.S. are diagnosed with DIPG each year.” (Dana-Farber)

While Major David Soutter addressed the formation of his fellow soldiers and began to inform them of Devin’s battle with this disease, his message cut the heavy air and made all the Soldiers nod in agreement.

“While the doctors told us that no child with DIPG has yet to beat the disease, we believe that someone has to be the first. So why not Devin?”

The #whynotDevin media campaign that friends and family are promoting is designed to gain awareness for the disease and help Devin through support and friendship.