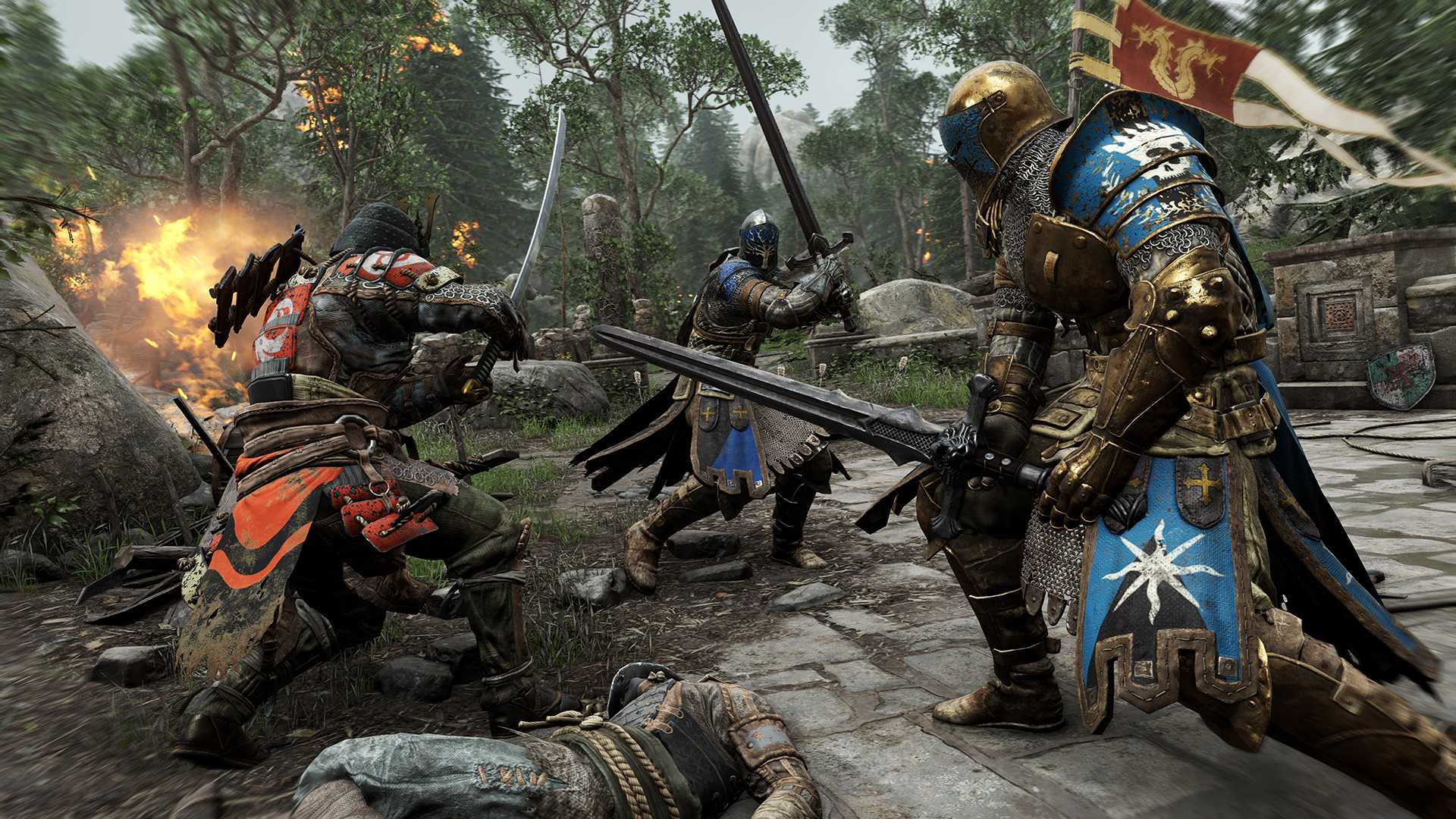 You’re gripping the controller, half-panicked, adrenaline surging through your body. You have two wins, and he has two wins – this is the tiebreaker, the end of all things. You’re still furious over the conclusion of the last fight, where your opponent dodged your carefully aimed heavy strike only to push you unceremoniously from a ledge, killing you instantly; yet you cannot let this cloud your mind. He is circling you, feinting here, trying to break your guard there, and the dance seems to last for hours. Then it comes – a moment where he falters, loses his focus, and an opportunity presents itself. You lunge forward, the taste of victory on your tongue… and the game freezes, a notification appearing in the center of the screen bearing the message “Connection to Game Server Lost.” A moment later you are angrily searching on Amazon to replace the controller you’ve just turned into shattered fragments.

If this scenario sounds at all familiar, then it is likely you’ve played For Honor, Ubisoft’s new multiplayer hack-and-slash fighting game. First revealed at E3 in 2015, For Honor immediately captivated the fighting game community, presenting a highly tactical class-based fighter with a unique flavor. The game pits several factions against one another in a low-fantasy setting: the Knights, the Vikings, and the Samurai. Each faction has four classes, and each of these classes has remarkably varied playstyles. The Knights’ Peacekeeper, for example, is a quick and deadly character that deals damage over time with bleed effects and specializes in hit and run tactics. The Samurai’s Shugoki, on the other hand, is a lumbering behemoth that is nearly impossible to stagger, obliterating other players in just a few swings of his mighty club.

The game is easy to learn and difficult to master, but combat is extraordinarily satisfying. Every hit feels like it has weight, and finding the right moment to slip past your opponent’s guard and punish their inattention is thrilling. The duel mode, in particular, is very exciting, as it allows you to pit yourself against another player one-on-one, a true test of skills. However, the game falters in some of its other modes, such as the chaotic 4v4 mode, which more often than not turns into an incomprehensible mess of players running away from each other and double-teaming hapless foes.

The community of a fighting game is often its most important feature, and that of For Honor is a mixed bag. For every player who fights for, and with, honor, there are a dozen who utilize game mechanics such as sub-weapons, bottomless pits, and the age-old tactic of running away to make many fights feel like an agonizing slog. This part of the community only seems to grow with time, mirroring a similar influx of irritating players that flooded Ubisoft’s previous multiplayer game, Rainbow Six: Siege. In addition, Ubisoft has faltered tremendously on the technical aspect; finding a game can take upwards of five minutes on a good day, and the lack of penalties for people who disconnect early means that your game will likely be interrupted frequently by the server readjusting to the now-missing player. Sometimes, the servers drop out for no reason at all, and more than one match has ended anticlimactically as the connection abruptly cuts out.

All this said, Ubisoft encountered many of these technical issues with Siege in the past, but were able to rectify them with time, leading to the hope that For Honor will be fixed as well. As it stands, it is an incredibly entertaining and challenging game that requires a great deal of skill, marred by mechanical faults and the more toxic elements of its community. In time, however, it is possible that For Honor can elevate itself to the pantheon of great tactical fighting games.

Final Verdict: If you’re into fighting games, or any game that requires skill and punishes inattentiveness, and can handle a few bad apples or bugs, buy this game. Otherwise, spend your money elsewhere.