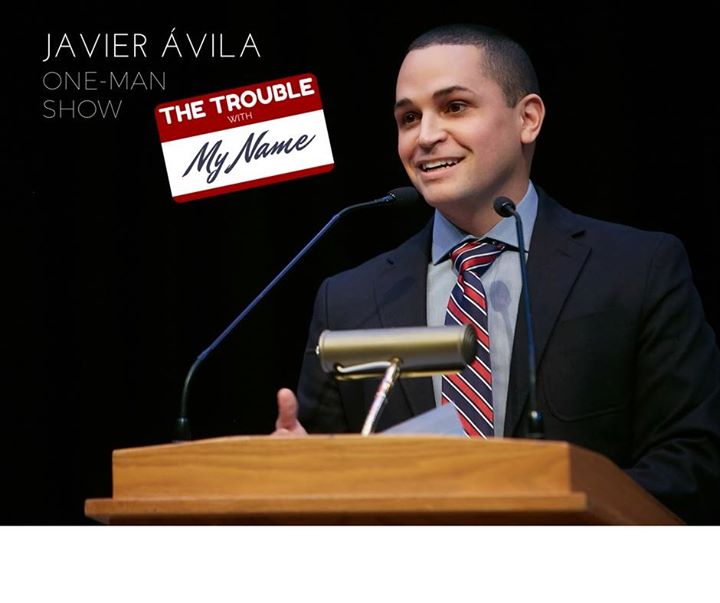 Personal poems and stories revealed aspects of Ávila’s life, like his experience as a new homeowner. One day while Ávila was tending to his lawn, a neighbor came by and he excitedly said to himself, “It’s going to be just like the movies.” Ávila said hello and put out his hand, but the neighbor didn’t shake Ávila’s hand.

“What’s your name?” the neighbor asked.
“Javier.”
“Oh, that’s funny because my guy is also named Javier. He isn’t able to help much anymore, so if you can help with my bushes, that would be great.”

That neighbor didn’t talk to Javier for months until Ávila won Pennsylvania Professor of the Year and his face was on a billboard in town.

“I didn’t know I was living next to a celebrity!” the neighbor said.

In addition to physical appearance, Ávila talked about names and labels. He said he wished he could always be referred to as the professor, not the Latino professor. When on the topic of names, Ávila showed a map of South America and instead of countries’ names, it had the most popular names at the time when Ávila was born. The name Javier was on most of the map.

“I always wanted to have an exotic name and then I did, when I moved to Pennsylvania.”

Ávila made many jokes as he told stories of the countless times people have pronounced his name incorrectly. Later, he received a compliment on how well he takes it when that happens.

“Sometimes you have to have fun with it,” Ávila said.
Ávila performed his One-Man Show with a small theatrical set including an armchair and side table constructed to look like it was his grandmother’s, vapor rub, rosary, and more.

Javier is proudly bilingual, in an interracial marriage, and the father of a beautiful “white-tino” son named Oscar. Ávila shared his idea about how to end racism – “fall in love with someone who is of a different race.”

Ávila spoke about his late father multiple times throughout the talk. He shared memories about his father’s dark skin tone. He told the audience about a card he made for his father for a holiday that read, “Daddy, you are chocolate and I love you.”

After the performance, 25 copies of Ávila’s book The Trouble with my Name were given out based on raffle tickets that were handed out for free to the audience. The poems in the book are from his One-Man Show, so if you can’t make it to a performance, you can buy the book.

If you would like to see Ávila’s One-Man Show, he will be in the area again. On September 15 at 7 pm, he will be performing at the Villa Victoria Center for the Arts in Boston.

To learn more about Ávila as a professor and writer, you can visit https://www.javieravila.net.