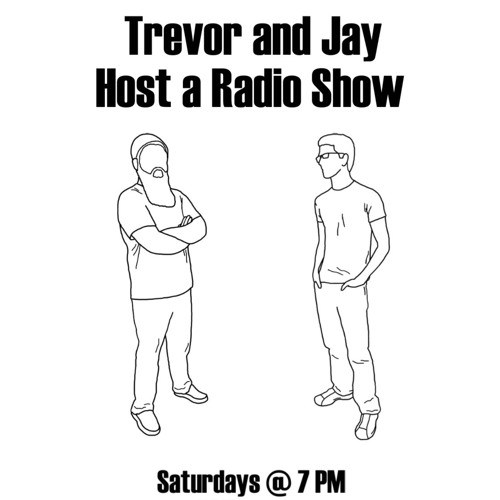 Long-time friends Jay Reiss and Trevor Robertson host an hour long-show on the student-run radio station, WXPL (91.3 FM) Saturday nights at 7 p.m. Reiss says it only made sense since he and Robertson share a love for music and thought of hosting a radio show even before they decided to enroll at Fitchburg State. Ironically, Trevor and Jay Host a Radio Show (yes, that’s the name of the show) is mostly a talk show and they only play music occasionally.

“We want to start playing more music, since music is something we’ve bonded over for as long as we’ve known each other,” Robertson said.

Reiss laughed as he said, “I was in marching band, while Trevor was forming bands.”

Reiss thinks it would be awesome to play live music on the show, with Robertson on the guitar and Reiss on the saxophone or piano. Both Reiss and Robertson are from Northbridge, Mass. and have gone to school together for most of their lives, first becoming friends in middle school.

They usually start the show by talking about their weeks. “This can go on for a few minutes or even last the whole show.,” Reiss said. They also bring guests in. One day, they even let strangers have a few words on-air. They were doing their show and three men knocked on the studio window asking to come in. After letting them in and talking for a while, Reiss and Robertson learned that they were alumni of Fitchburg State and WXPL. They told Reiss and Robertson about how the radio station used to be in the basement of Thompson Hall. Back then, they still used records and that really put things into perspective for Reiss and Robertson. They’ve toyed with the idea of having a special guest on the show – President Richard Lapidus to do a State of the Burg. Fingers crossed that they can get the president to make an appearance!

If you’re looking for entertainment on a Saturday night, tune in at 7 p.m. for a dynamic show hosted by the Fall 2015 DJ’s of the semester, Jay Reiss and Trevor Robertson.