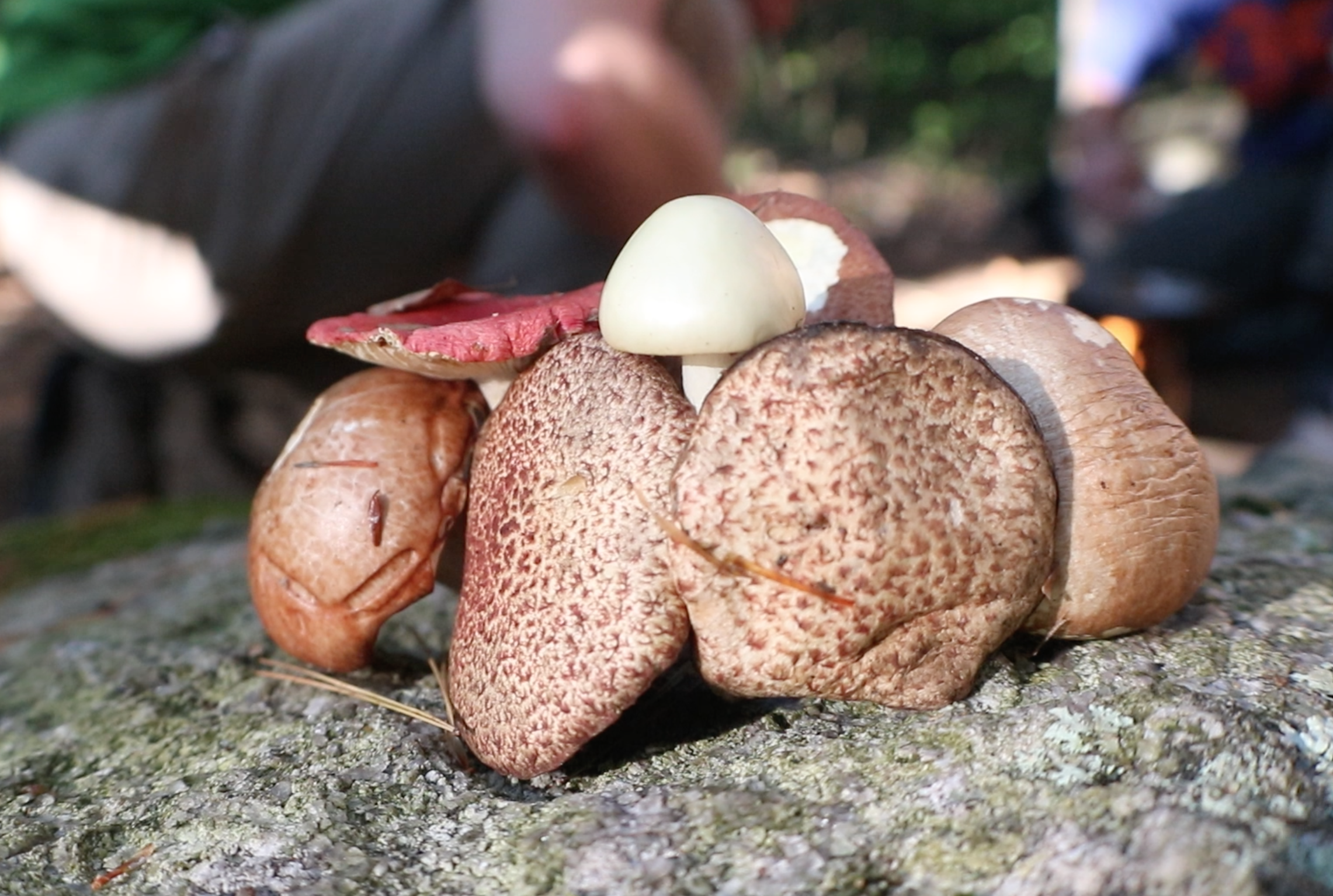 “The Shroom Walk,” in early October set the mood for what the Biology and Chemistry Club is all about. The event, publicized as “The Edible Mushroom Walk,” became a very strange and exciting couple hours.

The enthusiastic biology professor Dr. Christopher Picone led the event’s participants through the woods behind the football fields. Students were then asked to try and find different species of mushroom-producing fungi and a diverse collection of mushrooms quickly piled up. Picone expressed he was surprised to see so many mushrooms after the dry previous couple of weeks. And with each new find, the group would huddle up and, using a couple guidebooks, would try and identify the species from which the mushroom came.

Later, some mushrooms were cooked with a miniature wooden stove and eaten. Picone happily explains, “I like to sort of expose students to weird things like the idea of walking out into the woods and eating something.” There was a hilarious misunderstanding within the group that students would be eating wild mushrooms acquired from the hike. But in fact, none of the ones that were found were eaten, as Picone had previously bought some fresh ones from the supermarket. After a few first bites, all of the participants agreed: the mushrooms were unexpectedly delicious. So a second batch was cooked up and also devoured.

“It’s nice to be able to meet people that have the same interests,” McGrath says. Unfortunately, this can be difficult for many science students, according to McGrath. He adds: “We all know each other, we know our names, but we never really talk, we never really hangout that much because we’re just so busy.”

McGrath emphasizes, “It’s nice to be able to have times that are designated [for] interaction with each other.” Events like the Shroom Walk are intended to be times for people to set aside homework and have good experiences.

Previous club events included: hiking Mt. Watatic, workshopping résumés, and a research symposium. “The events are just fun, they’re things that everybody can enjoy,” says McGrath. All are welcome to participate in any of the Bio/Chem Club’s events.

Picone passionately exclaims, “I like to see students jazzed up for biology or science for science’s sake. This stuff is cool!”