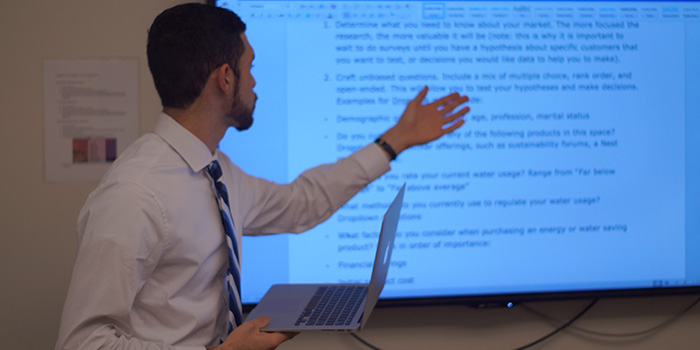 The Entrepreneurship Club is an active group here on campus that is open to all students who would like to broaden their horizons in innovative ways. They often have speakers come from banks or financial related fields to give advice on such topics. “Entrepreneurship doesn’t mean you have to be a businessman,” says president Gabriel Gavrilove, a junior here at Fitchburg State.

This year for the first time, the Entrepreneurship Club is hosting a Pitch Tank. The idea behind this was to spark innovation among students and allow them to express their creativity. This is to give the opportunity to any student who has an idea that they would like to be funded. The third place prize is $500, for second $750, and for first, a grand amount of $1,250. This is funded by the club itself and will be happening once a year. Applications are due by March 2nd and can be sent in at fitchburgstate.edu/pitchtank. After judges deliberate, there will be a second round happening in April.

The club encourages all students to attend their meetings on Thursdays at 5pm in room 211 in the science building.