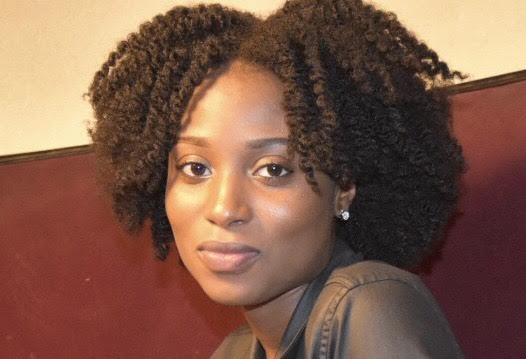 She’d always been on the reserved side. Freshman year, Rachel found herself rather secluded from the social aspect of college that seemed to surround her. Rachel decided to become an RA to help other timid freshmen find their place at Fitchburg State.

It was daunting at first. “I got here, I was like, ‘You’re an introvert, how are you going to do this?’” she laughed.

Pushing herself out of her comfort zone led Rachel to maturity and self-discovery. “I think it’s really helped me to be more open and less introverted, thus helping the other introverts,” Rachel said. “I had to realize that I don’t have to push myself to be friends with people just for the sake of being friends. I can just get up and do me on a daily basis… At the same time, if I want to talk to people around me and be with them, I can do that too. I’ve kind of found that balance.”

Rachel’s eyes were opened to a general lack of cultural awareness when her floor of new freshman came in. She found that many students had never made an effort to expose themselves to the diversity that surrounded them. Rachel turned this negativity into a learning experience by organizing the first Culture Night in Russell Towers.

“Rachel’s poise and professionalism is seen in her constant calm demeanor, despite often hectic situations,” said Rachel’s supervisor, Kristina Polk. “If interacting with someone whom is upset or disagrees with her, Rachel still shows respect.”

In addition to launching Culture Night, which introduces students to different identities, traditions, music, and food, Rachel has organized programs that Kristina said “encourage self-reflection and peer-respect” such as Dear Future Me and We are All Pieces of the Same Puzzle. “If you’re going to come to college and be around different people, why not take that opportunity to learn something different?” Rachel questioned. “I started with Russell [Towers] because that’s where I saw an opportunity.“

Rachel’s experience as an RA also facilitated her involvement in the Fitchburg State community. “I started to see the school spirit… I started to immerse myself in different things,” she said.

Rachel became particularly involved in BSU where she’s now a member of the junior e-board, preparing to take on an official e-board position next year. “I’m advocating for Fitchburg State by advocating for BSU–that’s my presence,” she stated.

Rachel’s presence on campus extends even further. When a friend suggested she join the Tecktonik dance team, Rachel’s confidence shone through despite never having participated in organized dance before. “I’m getting there–actually, I’m better than I thought I would be,” she stated. She’s also enjoying the cultural aspect it offers. “This year, the theme is Afrobeats, which aligns with my African roots,” she said.

Rachel has moved halfway across the world and back–twice. After growing up between the US and Ghana, Rachel landed permanently in Worcester, MA at nine years old. She is bilingual, speaking both English and Twi, a language spoken in Ghana, natively. “I think that [living in] Ghana really pushed me to be the type of person that I am now,” Rachel said. “I feel super cultured and I feel the need to embrace other cultures and experience something else.”

Rachel dreamed of being a pediatrician when she was young. She was drawn to the profession by the aspect of constantly helping people, advocating for them. She realized that she would be in more consistent, direct contact with patients as a nurse, and although Fitchburg State’s notoriously challenging and demanding nursing program is different than she was expecting it to be, she knows that she is meant to be a nurse. “I’m going down the right path. This is what I set out to do, and it’s actually working out,” she said. Somewhere down the line, Rachel would like to become a nurse practitioner.

Rachel stressed that she owes her success, in part, to her parents. She expressed unwavering gratitude to her mother for the sacrifices she made for Rachel’s sake. “In my future,” she said, “if I can do anything close to saying ‘thank you’ for risking everything to have me born here to have this opportunity, I feel like that’s the least I can do.”

“[My dad] loves to remind me how much money he’s put into my schooling,” She smiled. “He loves to see that I’m doing stuff that he would be doing if he were in school. I feel like for the both of them, I’m really pushing myself.”

After a long day of meetings, clinical, and dance practices, Rachel looks forward to a college classic: binging Netflix. “I’ll watch The Office, comedy shows, and just laugh all night,” she said. No matter how hectic and stressful life gets, Rachel will always recognize that the saying is true: laughter is the best medicine.

In collaboration with the nursing program, BSU will be collecting feminine products, deodorant, and other toiletries for the nursing program’s trip to Ghana this summer. Contact Gisela Yeboah at gyeboah@student.fitchburgstate.edu for details and to donate.

This semester’s Cultural Night is open to all freshman students and will feature music, food, and Pasada lessons in Russell Towers on the evening of April 11th.

The Dance Club will be performing in Weston Auditorium on April 20th & 21st.