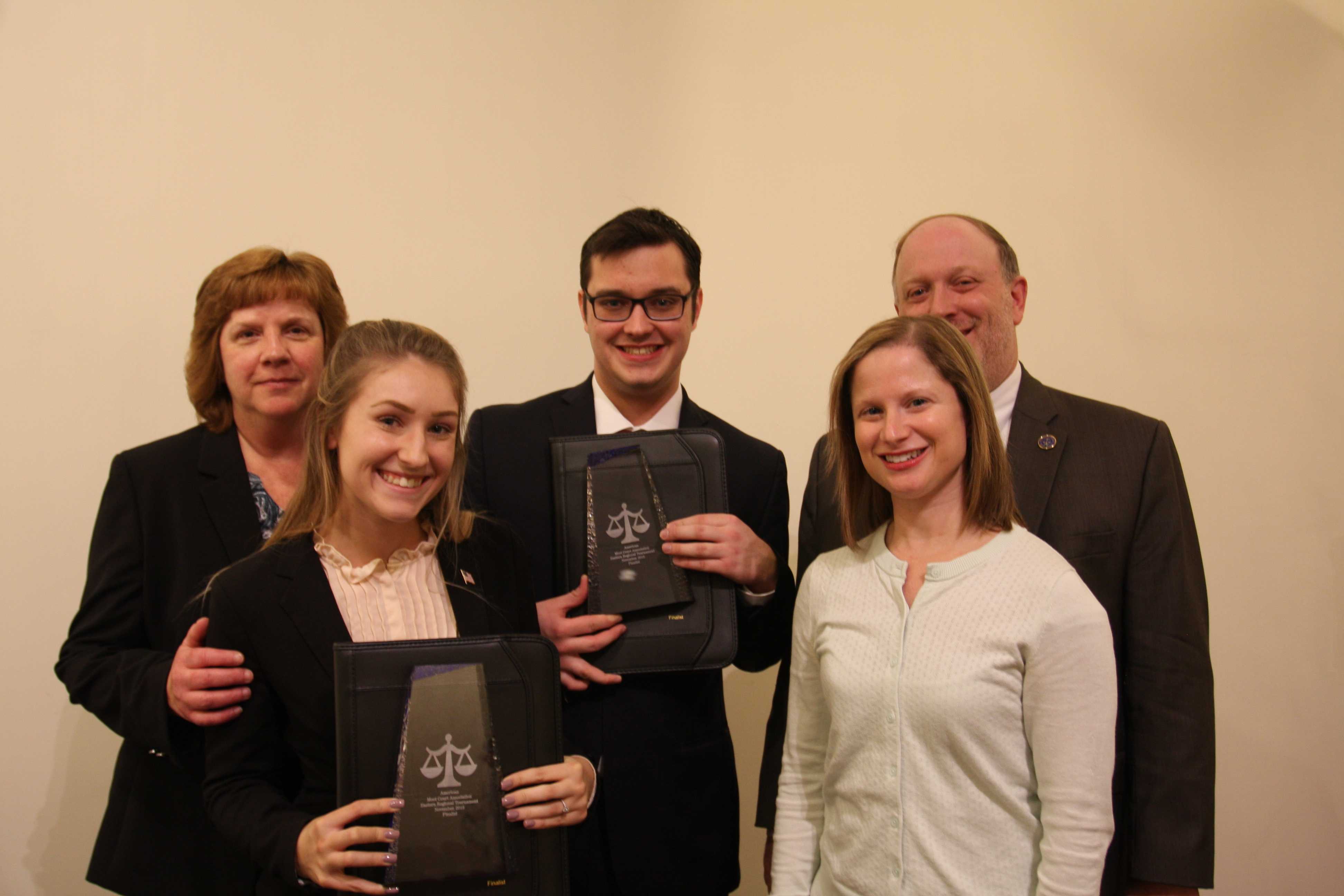 Moot Court has been offered at Fitchburg State since 2002, a course that student Riley Grinkis calls “a hidden gem at our university.” Professor Paul Weizer, who teaches the course, added by saying, “this is a three-credit course built around a different issue each year. It involves both legal writing and oral argument”. The Fall 2018 semester focused on affirmative action and first amendment rights, whereas the next round of students can look forward to executive power cases and immigration law.

On the weekend of November 16th and 17th, the University hosted about 100 student competitors for the American Moot Court Association regional tournament. A total of 46 teams participated in three rounds of competition on the first day. Twenty-five teams then advanced to Saturday, where the top eight who qualified are heading to the national competition in January 2019. Judges used a scale of 400 points when assessing each student in the following categories: knowledge of the facts, clarity of argument, courtroom demeanor, and responses to questions.

Two students from Fitchburg State University will move on to Nationals – Junior Political Science major Matthew Murphy from Milton, Mass and Senior Criminal Justice major Riley Grinkis from Gardner, Mass. They will be traveling to Florida for the competition, which is set to commence at the A&M University College of Law.

While challenging, says Grinkis, “it is incredibly rewarding to face teams from prestigious institutions and show them that a small state school can boast students just as much, if not more, capable than them.” Other schools who competed for Nationals included; Bentley University, Bridgewater State, Framingham State, Merrimack College, Suffolk and Williams College.

Murphy also commented on his experience, saying “no one faced a pair of Fitchburg State students and left thinking they had an easy time.”

Students from all majors can enroll in the course, ranging from Political Science to Communications Media. Professor Weizer recalls the first group of students he brought to the 2000 Nationals. “We remain one of the few schools in the country who’ve had students qualify for every national tournament,” he said.