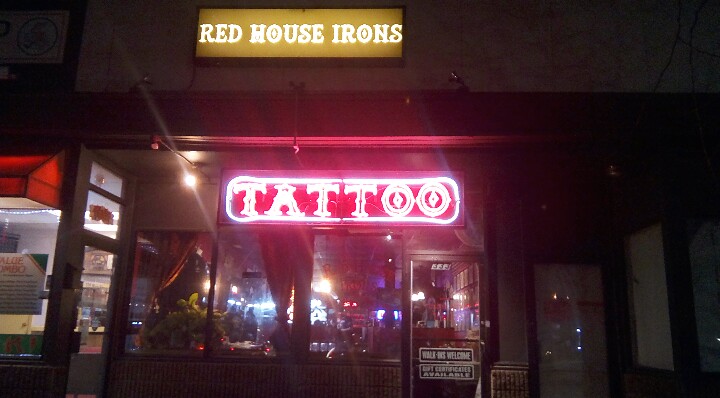 A new tattoo parlor, Awoken Eye, has opened in downtown Fitchburg, raising the number of shops in town to a total of six. Though this number pales in comparison to cities like Worcester, MA, which has an abundance of shops to choose from, an increase in tattoo parlors seems to be a reflection of the acceptance surrounding tattoo culture.

Getting a tattoo is ultimately a personal decision, and local tattoo artist, Thomas Somebody, of Red House Irons, a tattoo shop in downtown Fitchburg, understands the hesitancy people may have when thinking of getting their first tattoo. Many factors go into not only choosing the tattoo but also the shop and artist, though Somebody does believe that, “Any step in getting a tattoo is a step in the right direction.”

Tiffany Pedroza, a junior at Fitchburg State University, despite not having any tattoos, admires and dreams of getting one herself, believes tattoos to be a form of, “…self-expression and storytelling. That help to show who you are, help express how you’re feeling, what stories you’ve been through, your past.” Despite tattoos becoming more accepted in the mainstream, some may still be hesitant to take the ‘risk’ of getting a tattoo, possibly believing it could hurt their chances of furthering their careers once they graduate.

However, this may no longer be a concern. In an article posted by the Harvard Business Review, Michael French of the University of Miami agrees that times have changed and says a lot of the data they collected is over a decade old, “Since then, body art has gained much more acceptance as a form of personal expression, just like your clothing, jewelry, or hairstyle. Among our survey respondents, 23% of men and 37% of women had tattoos. Some estimates suggest that there is a tattooed person in 40% of U.S. households, up from 21% in 1999.”

According to an article published by the Regional, a local newspaper in Columbus, Indiana, the Police Department has changed their stance on tattoos, now allowing their officers to show tattoos.