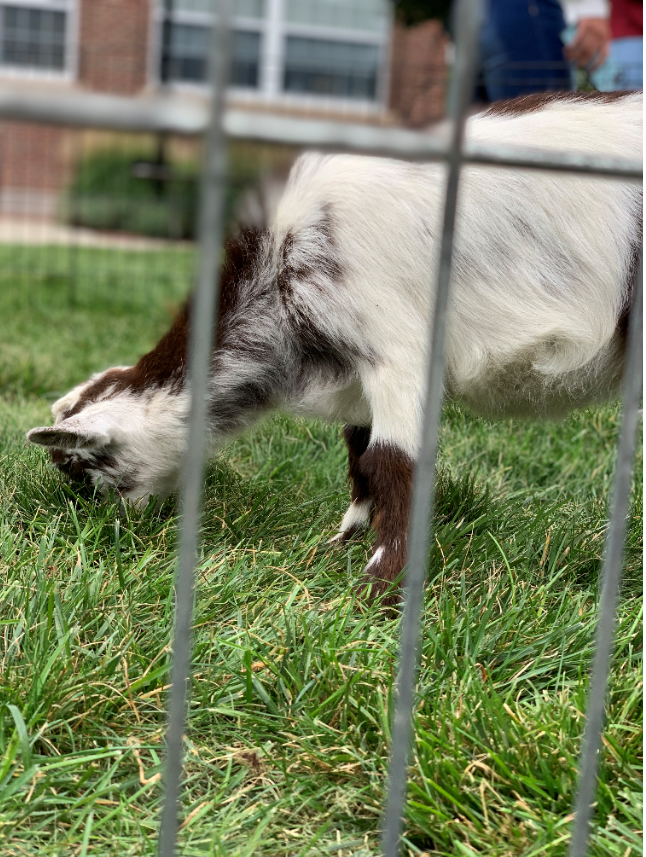 On September 10, 2019, Fitchburg State University held the 22nd annual Rock the Block. When Rock the Block was first held it was a non-profit volunteer fair. According to Shane Franzen, the Associate Director of Student Development, the first Rock the Block “didn’t go very well.” He further explained that the school “opened it up to clubs and organizations and turned it into a club fair.”

Sylvia Agyaiwaa, a junior, and a staff writer for The Point said “[Rock the Block] means getting to know people and also finding all the clubs on campus and being exposed to new things.” Jordan Carey, a freshman, said “I signed up for mailing lists for three clubs. I came here to get at least a little involved on campus.” Rock the Block is meant to be a place for students to see what is available for them and to get involved however they see fit.

Among the clubs were other tables as well. Franzen listed off what the school has added to the event over the years, saying “We added 40 local non-profits, 25 part-time career fair tables, and we have 7 international provider’s tables. We’ve had a camel one year and this year we have a petting zoo.” The petting zoo was small and consisted of a few different animals. Students gathered around and even a few climbed in the fenced-in area to sit with the animals. There was also a giant chair for students to get pictures taken in which were printed out on the spot, and ping pong tables for students to play games.

This year’s Rock the Block was not only a welcome back for the students but it was also a celebration for the school’s 125th anniversary. To celebrate, t-shirts were being handed out, cupcakes were set up in the shape of the number 125, the Fitchburg State Choir lead the students in singing happy birthday to the school, and someone guiding a drone above the crowd to get pictures and a video. JT Galvin, a sophomore, commented on why the 125th anniversary was important to him. He said, “It’s important to me because it shows such a great campus and community and how it brings people together.”