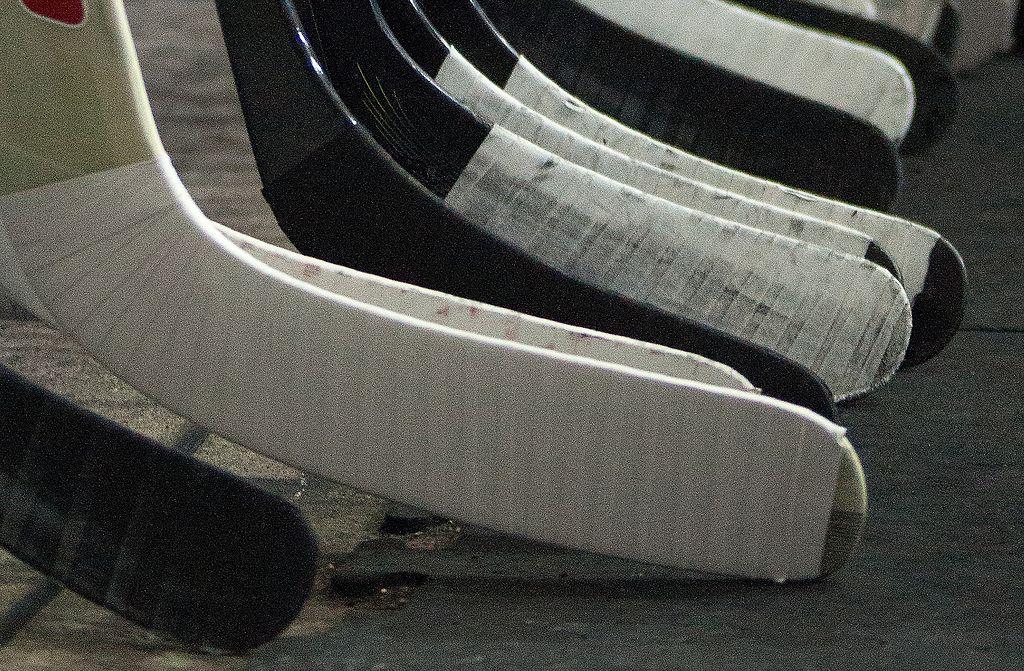 The Men’s Ice Hockey team fell at home to the UMass Dartmouth Corsairs on Tuesday, March 3 in the Massachusetts State Collegiate Athletic Conference Semifinals, by a final score of 4-0.

The season series between the two teams was as tightly contested as it could have been. On December 5, 2019, the Falcons picked up a 2-1 OT win at home thanks to Anthony Ceolin’s game-winner. Then, UMass Dartmouth was able to pick up a win on their own ice 4-3 on January 30, 2020. The regular season series ended on Saturday, February 22, as the two teams dueled to a 0-0 draw.

Out of the gate, Fitchburg came out firing. It recorded 19 total shots in the first period, putting freshman goaltender for the Corsairs Daniel Davison to the test. The first goal of the game which would ultimately go on to be the game-winner came from Steven Leonard, who a week later would be selected for the Massachusetts State Collegiate Athletic Conference All-Conference First Team.

The Corsairs came out firing in the second period, with Dillon Radin tallying a power-play goal just one minute and 49 seconds in. UMass was able to stifle the Falcons for the rest of the period, as Fitchburg took a step back in shooting, getting outshot 11-6.

Despite a more contested third period with Fitchburg gaining the edge in shots 16-13, Daniel Davidson was too hot for the Falcons to handle, and the Falcons were kept off the board. The Corsairs would tack on two more goals in the third period, putting an end to the Falcons season with the final score being 4-0. Fitchburg outshot UMass 41-32.

Despite the result, Head Coach Dean Fuller thought highly of his team’s performance. “I thought we played really hard, really well. We hit some posts, but I was happy with the effort. The kids played hard all season long and tonight just wasn’t our night.”

Senior Chris Vicario, whose four-year career in Fitchburg came to an end echoed the sentiments of his coach. “It was an exciting game, the crowd was amazing, we felt we played a good game, we just didn’t get it done tonight,” said Vicario.

Expectations around the MASCAC for Fitchburg were low coming into the season.

“We were picked to finish fifth in the conference this year, and we finished second. I couldn’t be more proud of these guys,” said Vicario.

His teammate, sophomore Ryan Murphy is eager for the future of this program.

“We are going to have a very, very good team next year so long as everyone continues to work very hard. The seniors paved the path for us, so we had great leadership to lead us towards our end goal which is winning the MASCAC and going to the national tournament and I think we’ll be able to reach that goal next year,” said Murphy.

The Falcons were big winners at the end of the year conference awards.

For the second year in a row, Fitchburg also took home the Player of the Year honor. Last year it was Sascha Figi who has since left the team. This year, Brian McGrath claimed the honor, as he had an unstoppable season in net. He was top two in both goals against average and winning percentage among conference goalies, and led the conference in save percentage at .942 percent, to go along with a 14-5-4 record on the season.

McGrath undoubtedly has been the best goaltender in the history of Fitchburg State Hockey. He owns the top three best single season save percentages in team history, having only played on the year for three teams. He also has the best career goals against average at 2.29.  He is also on track to take the team record in saves next season from Devan McConnell with 2604, who last played in 2008, and next season has a chance to take the all-time games played record also from McConnell.

He’ll be back for one more year, along with Murphy, Coach Fuller, and the rest of this young Falcon roster which now has another year of experience under its belt, and they’ll be looking to make a run at that MASCAC title.