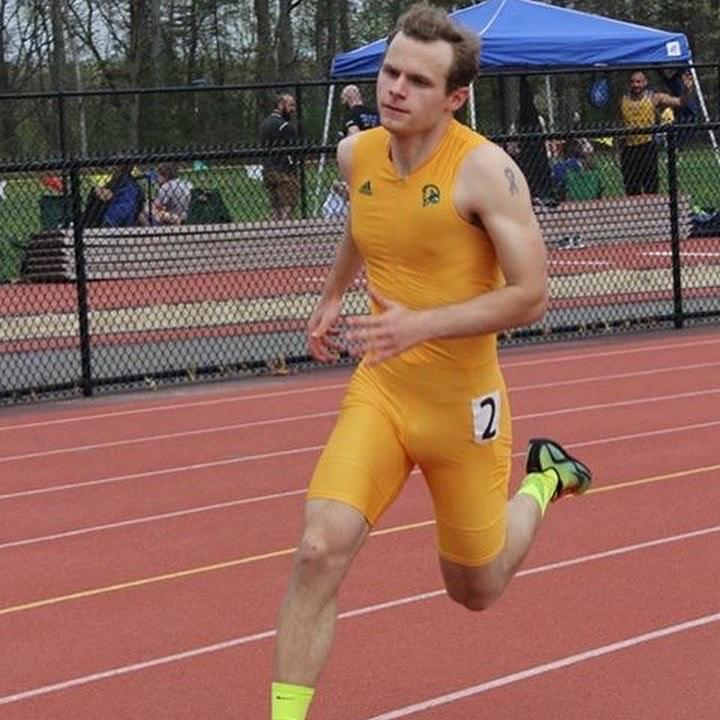 I thought my senior year would end like the ones that the seniors had before me. I would walk off the track, spikes in hand as I headed to the bus, with the rest of my team talking about the day’s performances.  If we did our job, we would also have the Massachusetts State Collegiate Athletic Conference trophy for the outdoor season. That is how it should have ended, but instead, it ended with an email from my coach saying the season was canceled due to the COVID-19 pandemic.

Unlike other spring sports teams, I had the opportunity to compete during cross-country and the indoor track and field season, I was able to have some type of final season, but outdoor is my favorite, and not being able to compete crushes me.  Finding out while home and not with my teammates at a practice or a meet like the other teams made it worse. A few days later the MASCAC made it official and I knew that my college career was ending. At first, I was in shock, numb to the news that I did not want to believe.  Once it set in, I sat in my apartment alone, crying for the next hour thinking about what could have been my best season after a past one was riddled with injury from a car crash. Heartbreak was all I could feel, but I knew I had to be strong for my teammates as well as coaches and I reached out to as many as I could as soon as I could.  I was more worried about them than I was about myself, I knew what I had to do to deal cope the best way I could.

The following day after the news broke, I went to the track to work out.  Running was something that I used to escape from reality and stress from everyday life.  In some ways, the sport saved me in my darkest times. Practice was a place where you left all the baggage of the day at the door and did not think about it until it was over.  As I was finishing up all I could think about was my final race of indoor and how happy I was with my time in the 400m dash, but not satisfied. That is all I could think about working out and when I was done the emotions in me were indescribable.

It is still hard to think or even talk about.  Being the only four-year senior on my team made it so I did not have anyone to really talk to, to grieve with and to understand with.  I will not be able to have an agonizing sprint practice again, three-hour bus rides to meets or experience my coaches driving. I will also never be able to hype up my teammates, have a bus ride concert, throw around weight in the Landry or being a captain.  These were things that I thought would last another two months, but instead, I took them for granted. Dropping off my uniform last week made everything real and solidified that it was truly over.

I have been fortunate to have had a semi-successful career in athletics and to have been on successful teams.  The cross-country team has won the conference back-to-back titles while I was here, and they have a talented squad for the years to come.  On the track, the team has never had more talent and it saddens me to not see how it all pans out. What I do know is that we should have won the Outdoor MASCAC championship and that they will win it for years to come, I just wish I could have been part of just one and hoisted that trophy as a captain of this team.

I cannot thank the coaching staff and athletic department at Fitchburg State enough for all of the support the last four years of my athletic career.  I want to thank Coach Jellison for giving a kid from Leominster a chance to grow and lead a team, Coach Amanda and St. Germain for always believing in me and reminding me to “trust the process,” Coach Al for being relentless in pool workouts and Coach McGuire for instilling discipline in me that can only be found in the weight room.

Being an athlete for Fitchburg State University has been nothing short of an honor and a pleasure.  I am forever grateful for a program that took me in and the team that became a second family to me. For any athlete that may be reading this, I hope that my experience can help you get through this time since Falcons always fly together.