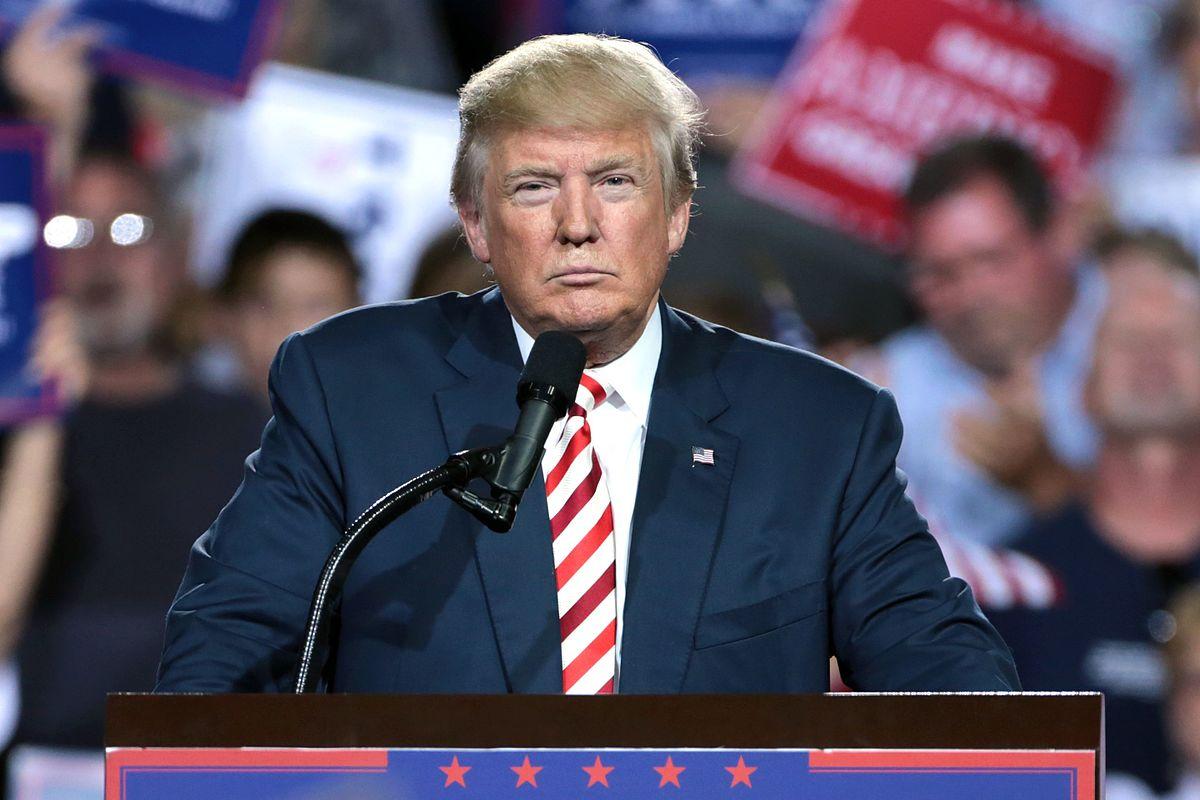 Another day, another circus press conference from President Donald Trump regarding the coronavirus outbreak.

While addressing the nation on Friday, Trump attacked the governors of Washington and Michigan, calling Washington governor Jay Inslee “a failed presidential candidate” and stating how the state leader has been “complaining” for federal aid during this time of crisis.

Trump said of Michigan governor Gretchen Whitmer that she “has no idea what is going on” in terms of the pandemic hitting her state and every state in the nation. He went on to say that state governors should be appreciative of federal aid and seemed to infer holding up dire medical supplies to states who don’t kiss Trump’s shoes.

This is not the type of rhetoric we need from our leadership during this unprecedented time in our nation’s history. Divisive comments and attacks are not what is going to help America get through this outbreak.

Yet, over the last few weeks, when the President began addressing the United States about the coronavirus outbreak, he has lied to, misinformed, and frankly been indifferent toward the American people. Trump has lied about infection and death tolls, he’s lied about the time it will take for a vaccine to be produced (which is still well over months, if not over a year away). Early on he tried to claim the virus will go away once it gets warm, as if the weather alone will cease a global pandemic.

Trump told the American people of a pre-existing drug that could cure the disease, leading to shortages of the drug and several deaths from those who took it. That alone is direct blood on the President’s hands. Trump’s personal lawyer Rudy Giuliani has compounded this problem, tweeting misinformation about the effectiveness of a drug to treat COVID-19. Twitter deleted the tweet for violating its rules, but we can only hope it doesn’t lead to even more deaths.

On top of the misinformation and lies, Trump tries at every opportunity to deflect blame onto others. He’s pointed to Vice President Mike Pence, FEMA, state governors and others for what has been happening in the country. Not to mention his berating of President Obama and his administration, looking to sow blame toward a presidency that hasn’t been in charge in over three years for his own administration’s failings. The buck stops with the President, but after every passing day during this outbreak, it appears Trump did not get that memo.

Trump has repeated that no one could have known this was coming, which is just not true. Signs of this disease spreading were clear in January, and yet the United States only began to take this seriously in March. Trump left America grossly unprepared, cutting the pandemic task force that was in place for an event such as this earlier in his term, while also downplaying the outbreak until the last possible moment.

Most worrying is that Trump disregards the US’s top medical and disease experts, sometimes mid press conference (and other times with a tweet), instead speaking about his personal feelings and hunches of what is going on or what is needed for the country.

He looks at death figures as if they are just numbers, not people; not the very people he is supposed to represent and protect. He is more worried about the economy than the health of the nation, hence why he is pushing for an opening of the country by Easter instead of being smart and cautious about this pandemic. This health crisis must be tackled first and completely, which in turn will bring back the U.S. economy.

What is truly dangerous is that he is believed. The American people typically trust their president, and even if a large populace doesn’t support Trump, most Republicans believe what he is saying, which is a dangerous thing that affects every single American. There are those that still aren’t taking this seriously, that are putting everyone at risk by believing in the downplaying of this crisis by the President.

This has led to late night show hosts, athletes, and social media influencers taking up the job of telling Americans what they should be doing. Golden State Warriors point guard Steph Curry held a Q&A session with Anthony Fauci, M.D., the other day in an obvious attempt to attract citizens to someone who knows what they’re talking about in this crisis. It is ridiculous that we need celebrities to help inform Americans of what to do in a time like this, but without their help, flattening the curve would be an even tougher challenge.

Unfortunately, in this time of crisis, the American people should be wary of anything President Trump says. His misinforming of the public on the seriousness of this disease has already had disastrous effects. This situation will continue for months in the US and the best thing all of us can do is listen to the medical experts, practice social distancing, stay home if possible, wash our hands and generally be understanding with one another in this time. The last thing we need is to listen to the dangerous and naive words of our President.