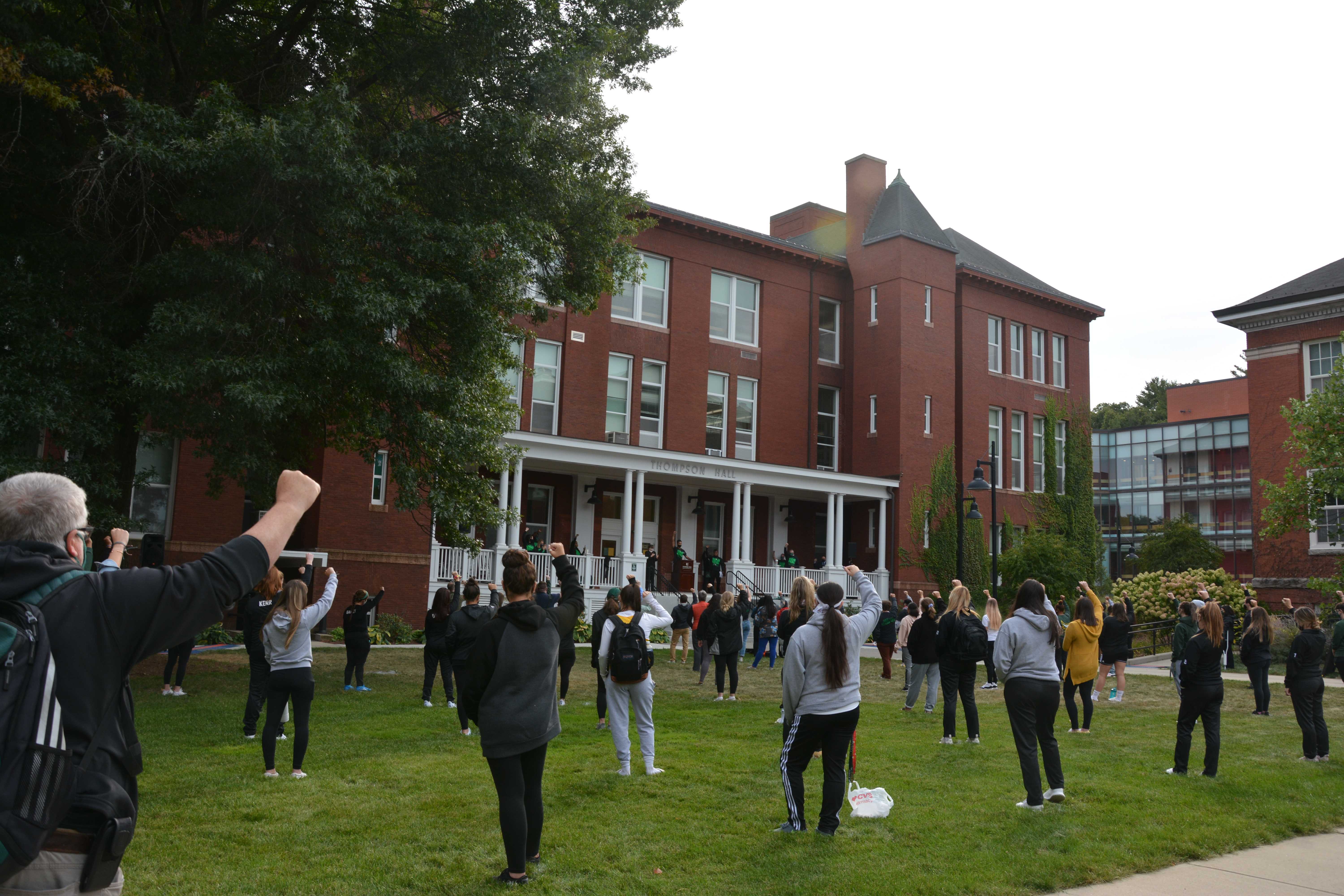 Black Lives Matter. That was the message on Tuesday afternoon at the Unity Rally on the Quad organized by the Student-Athlete Advisory Committee. One of the leading figures who helped coordinate the event was Muhammad Mahmood, a junior special education major who is a part of the Fitchburg State University Football team.

Mahmood knew he wanted to bring a rally to campus after seeing the public unrest brought on by the events of this past summer. “I saw many people hurting,” said Mahmood “It wasn’t breaking news, but it was about time it started breaking hearts.”

Hank Parkinson spoke after the fact about the campus’ commitment to change.

“This event continues to prove and I hope to show that we are serious, we are here, we’re not staying silent, and we’re going to create change, positive change,” said Parkinson. “We already are making changes. We’re looking at our policies and procedures through an equitable lens, making sure what we do is equitable for all. That’s just one of the many things that I’m doing and we’re doing to do better.” Parkinson went on to reassert a claim he made during his speech which was that “we can do better, I can do better.”

The speakers stood at the steps of Thompson Hall, and in accordance with CDC guidelines, masks were mandatory for all those in attendance, and spots were marked on the grass which were all six feet apart from each other. Upon conclusion of the speeches, Kyle Colon and Muhammad Mahmood led a march to Highland Square, leading with call and response chants while students held signs and called for justice.

“This rally did not bring change. The change is gonna come from what happens after this rally,” Mahmood stated. Dialogue at the rally was oriented towards taking the proper steps to ensure action. This included educating others, as well as calling out racism no matter when or where it appears. “I just hope that people don’t stay silent after this.”