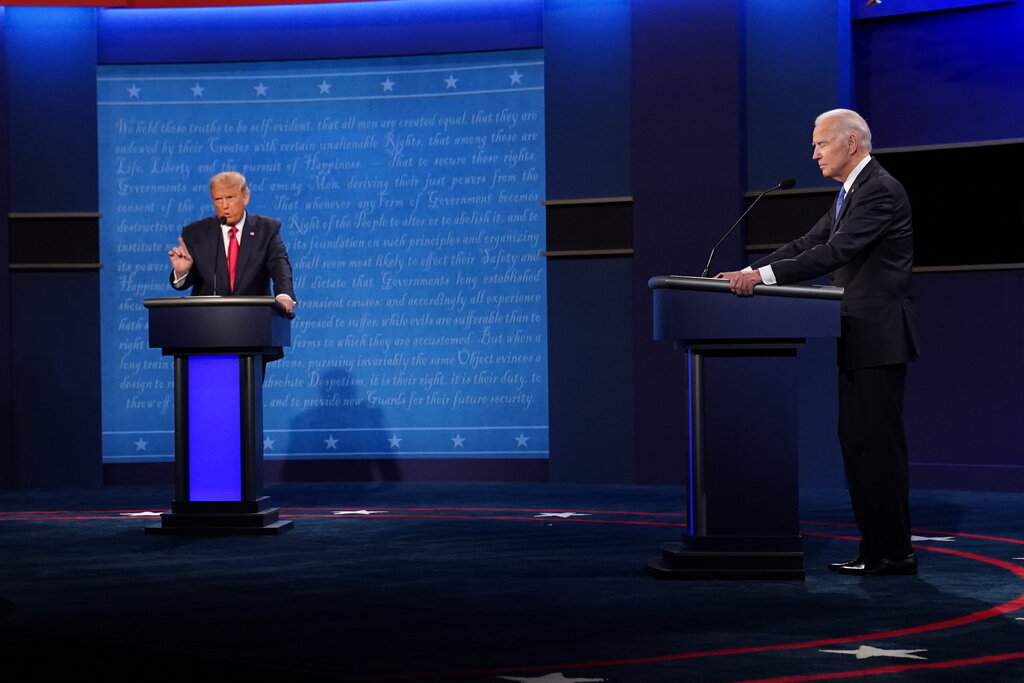 The second and final presidential debate took place last night in Nashville, Tennessee between Donald Trump and Joe Biden. This debate followed the unforeseen events of President Donald Trump contracting COVID-19, and dropping out of what would have been a virtual second debate. As a result, the American people have not heard from both candidates on the same stage since Sept. 29, 2020. The candidates debated on a variety of issues, spanning six topics with two minutes of uninterrupted time each to answer each question. After the unruly nature of the prior debate, a new rule was implemented that the candidates would only have their microphones unmuted when they were speaking.

NBC News White House correspondent, Kristen Welker was tasked with moderating the debate, with much attention paid to her following the hectic nature of the first debate. Welker was the first black woman to moderate a presidential debate in 30 years.

COVID-19 was one of the main topics discussed in the debate as both the president and former vice president were questioned about their approaches to how to handle the ongoing pandemic. President Trump stated that a vaccine is currently being developed and will be announced within weeks. However, there is little to no evidence of the validity of his claims, as top health officials continue to state that a vaccine will not be readily available to the public until at least summer 2021. When Welker questioned him on this, he contradicted his previous statement, now saying that the vaccine was not a guarantee and that his timeline was more accurate than health officials. President Trump also insisted that he is now immune to COVID-19, but there is also no evidence to support this claim.

Former Vice President Biden had a very different tone when discussing the matter of a vaccine. Biden said he would be transparent with the American people, and believes the way the current administration is handling the situation will lead America into a “dark winter”. In response to President Trump, Biden rebuked that there’s “not another serious scientist in the world who thinks it’ll be over soon.” Biden highlighted that he does not see blue or red states, only America. However, he also said when referring to spikes in COVID-19 that the states experiencing spikes were the “red states, the ones in the Midwest”.

President Trump was proven wrong on a variety of other issues throughout the debate. When speaking about personal foreign business affairs, Trump claimed that, “The bank account was in 2013. That’s what it was. It was opened — it was closed in 2015, I believe.” This was proven to be false as an attorney for the Trump organization disclosed that the account remains open to the New York Times. On the issue of civil rights, Trump remarked, “I have great relationships with all. I think I am the least racist person in the room. I can’t even see the audience because it is so dark but I don’t care who is in the audience…I am the least racist person in this room.”

Biden responded to the allegations that he had secretly had foreign business affairs while serving as Vice President, saying “I have not taken a penny from any foreign source ever in my life.” On the topic of foreign interference in U.S elections Biden stated that, “any country, no matter who it is, who interferes in American elections will pay the price.” President Trump remarked that there’s “nobody tougher than me on Russia.”