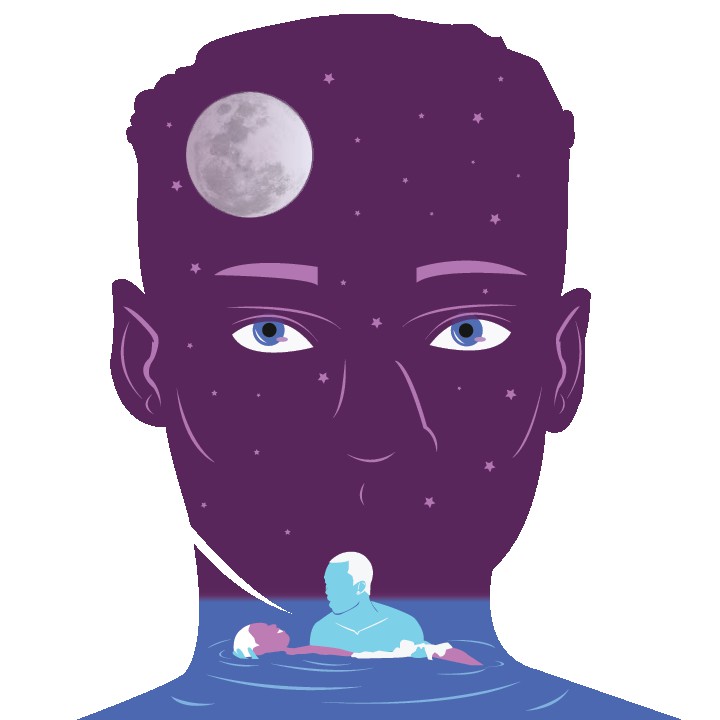 Alongside fellow Oscar nominations such as La La Land and Fences, the film Moonlight is making a splash with critics and audiences for its storytelling. With its dark, elegant directing and its depiction of a homosexual character that’s humanistic, but not romanticized, Moonlight really leaves a lasting impact on the viewer.

The film is directed by Berry Jenkins and is written by Tarell Alvin McCartney, Moonlight focuses on an African American boy named Chiron and his journey from adolescents into his adulthood. Through this growing process, Chiron faces many harsh struggles in life, including his strange relationship with his drug dealing father figure, dealing with his neglectful and irresponsible mother, and coming to terms with his sexuality, only to have his feelings shattered in the process.

Moonlight uses the subject matter of being a homosexual in a unique way that has not really being done before. Many films with LBGTQ+ characters usually deal with the discrimination that comes with being LBGTQ+, and while Chiron certainly deals with harassed in the film, his character arc is less how the world views him and more how he views himself. It is nearly impossible to not sympathize with Chiron’s character and his journey, and three actors that play the different ages of Chiron (Alex R. Hibbert, Ashton Sanders, and Trevante Rhodes) all do a fantastic job at captivating the audience’s emotions.

As for other performances, Mahershala Ali does his best performance all year as Chiron’s troubled, but infectiously likable father figure. There were other noteworthy performances from Naomie Harris as Chiron’s mother and Janelle Monáe who delivers a solid performance in limited screen time as women who a better mother figure to Chiron than his actual mother.

One flaw in the film it is that the third act can feel very slow. A few of the scenes are long drawn out sequences that could have been trimmed down for time. The first to acts shifted locations in the story constantly, but most of the third act focuses on one location for the majority of the scenes.

Moonlight is at often times quite depressing. It is hard to see Chiron never regret his sexuality during the course of the film, only to see him not get the fairytale ending he was hoping for. If you are up for this rollercoaster of a journey, then it truly is one of the best, if not the best film, to see this season. You can catch Moonlight at Showcase Cinemas and other theaters in Massachusetts, such as Lowell, Woburn, Worcester North, and Maynard. This is one Oscar-nominated film you do not want to miss