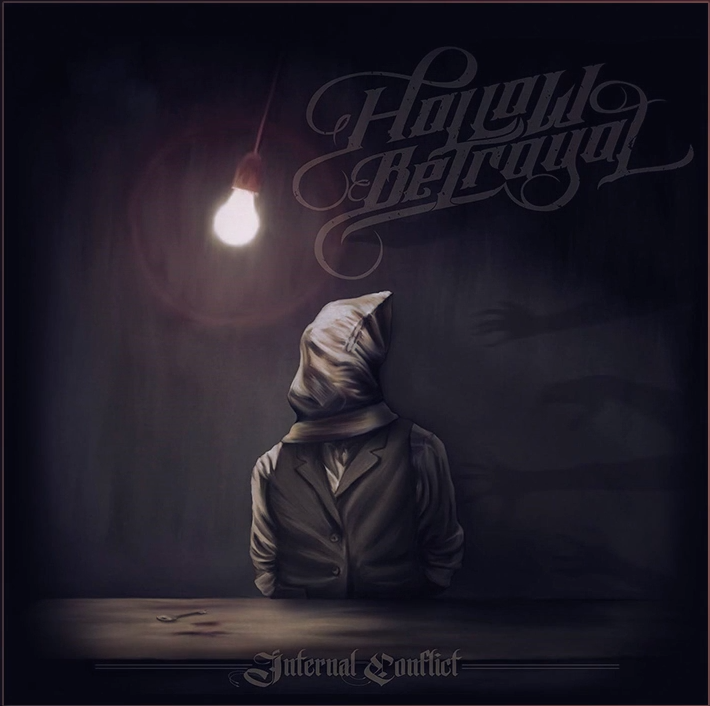 With new metal music released each year, especially in the smaller independent scene, it can be difficult to find bands that are both professional enough and good enough that you can look past some of the minor, less professional details of their performance. A local metal band from upper Massachusetts in Worcester County from the Gardner and Fitchburg area, that have defied these expectations, is the band Hollow Betrayal, who’ve been playing songs at local gigs from their EP released this year, “Internal Conflict”.

For those outside the scene of metal, there are a lot of sub-genres. There’s over seventy genres that branch off from the genre of metal, many of which combine other genres of music, such as rock or pop. Hollow Betrayal in particular, falls under the category of metalcore. Metalcore is a fusion genre that combines elements of hardcore punk, and extreme metal. Think of something harder and less melodic than Atreyu, but lighter than Suicide Silence. Lyrically, they’re on par with later Megadeth, though not as powerful as Kamelot.

Thankfully, despite being a smaller band in presence, Hollow Betrayal’s “Internal Conflict” EP sounds well-produced, and well mastered. There are a few small notes where the production could improve, however. Notably, at least in the CD press, the drums and the vocals seem to fight each other. If you aren’t me, and you aren’t listening to the song a few dozen times without listening to anything else, you probably wouldn’t notice, and the issue may sound more like the vocals being drowned in certain parts. In part, this could be because everything but the drums sound a bit distant.

I also noticed that these mastering issues were primarily attached to their first song on the EP, “Insecurities”. I’d wager that it was the first song they worked on, and they then went up from there after learning what they wanted (and didn’t want) from the rest of the songs. Just a guess, though.

As for the actual production of the EP, and the five songs included on the album, they’re good. The five songs included are “Insecurities”, “Trail of Tears”, “The Hate War”, “Homeward Bound”, and “Cardiac Arrest”. I had the opportunity to listen to them live a while back and, if I was a leopard, that performance would have made me deaf. A deaf leopard, that is, because it was that good.

Hollow Betrayal’s song “Insecurities”, is a good way to judge if you’ll like the band’s particular style or not. If you enjoy Atreyu’s “Doomsday” or “Slow Burn” songs, or early Killswitch Engage, “Insecurities”, will sound like a heavier, more electric combination of the three, with a heavy, gritty and meaty feel to the music.

For the price for either a physical or digital copy of their EP, I’d say “Internal Conflict” is well worth it if you’re in the market for a new metal band to tune out to, or looking for a harder band than Atreyu. The only downside is the beginning oddities with the mixing in the first song, Insecurities. Still, issues aside, I found myself liking the music more than I thought I would, considering I normally prefer the softer sounds of Atreyu. However, if you’re not a metalhead, this album probably won’t change your mind. If you want to try before you buy, their EP is available to stream for free via Spotify’s streaming service, and they play live around the Worcester and New Hampshire area, with their concert lineup available on their Facebook page.

Final Recommendation: Worth It At Full Price (If you’re a metalhead)