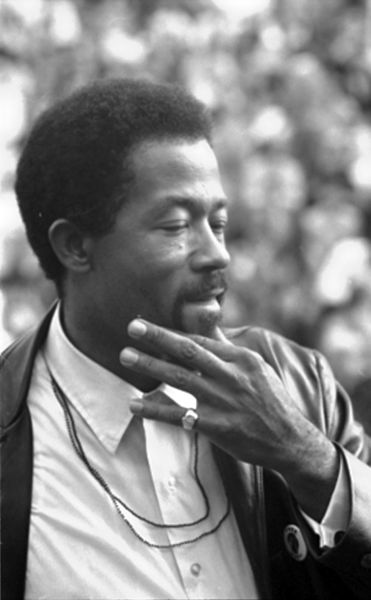 Why was “Black Moochie” the cause of such turmoil? Disagreements over the language and content and the topics of race and sex were hotly detailed. Cleaver talks about two women in the essay, a teacher and a fellow student, in graphic sexual detail. He describes their bodies and how his own body reacted to theirs. Cleaver alludes to the harsh realities of racial inequalities that many faced during the time. Cleaver describes his teacher use of a racial slur towards him and slapped him. Cleaver describes the words hurting more than the blow he took.

To understand why “Black Moochie” was an important work for its time, understanding Cleaver and his life in the tumultuous 1960s is necessary.

Cleaver was born in Arkansas on August 31, 1935. He went to reform school and prisons. While in prison he started to write and he was also inspired by Malcolm X, a human rights activist during the Civil Rights Movement. Cleaver had his works published in Ramparts Magazine and in his book “Soul on Ice”, a collection of memoirs that made him a leading black radical spokesperson. Cleaver also joined the Black Panther Party, an activist group, shortly after it was formed. He became the party’s minister of information and came up with slogans and edited their newspapers.

The 1960s brought forth protests of race inequality, against the Vietnam war and the military draft. From 1964 to 1968 race riots swept up the nations to protest the inequalities. There were a lot of issues that led to the unrest. Even with laws being passed to close the division between races it was still obviously there.

The staff of the Cycle sought to expose the student body to bold thoughts. They chose “Black Moochie” for a reason. To spark conversation on issues of the time.